Ok, a little late posting this. It's Wednesday now, and I think we're finally having a normal morning - it took THAT long for the kids to recover from the crazy weekend! Basically, after co-op on Friday it was non stop fun, late nights and no naps. Grey's birthday celebration was a little drawn out - lots of partying!

As it turns out, (Cake finished Thurs night and in garage fridge) I was going to show him the cake on Friday, at dinner time with Daddy (his bday dinner request? Turkey sammich's :-), but we ended up going to meet up with friends that were back in town for the evening - I picked Brian up from work...we weren't home until after 11, and Brian left at 4am for his race. So I had to show him the cake with cameras rolling, so we could show Daddy later:-) It ended up being a little long, and so long in fact that I ran out of room to tape his birthday song - am I on a roll this year or what?! Haha (I missed Kenna's too). Today I got rid of TONS of stuff off the memory card. Hopefully we'll capture Brooks' entire song;-)

Saturday was baseball in the morning, and party party party with lots of friends (most of whose hubbies/fathers were running race with Brian), and then Sunday it was church, and onto another bday party and "Grace Gathering" (fellowship with people in our sunday school class), in lieu of night church.

So anyway, this was his chosen birthday cereal - Cap'n Crunch with marshmallows in it! It was chosen "because it's Bumblebee's favourite"

Then he proceeded to "serve me some", 4 year old style. 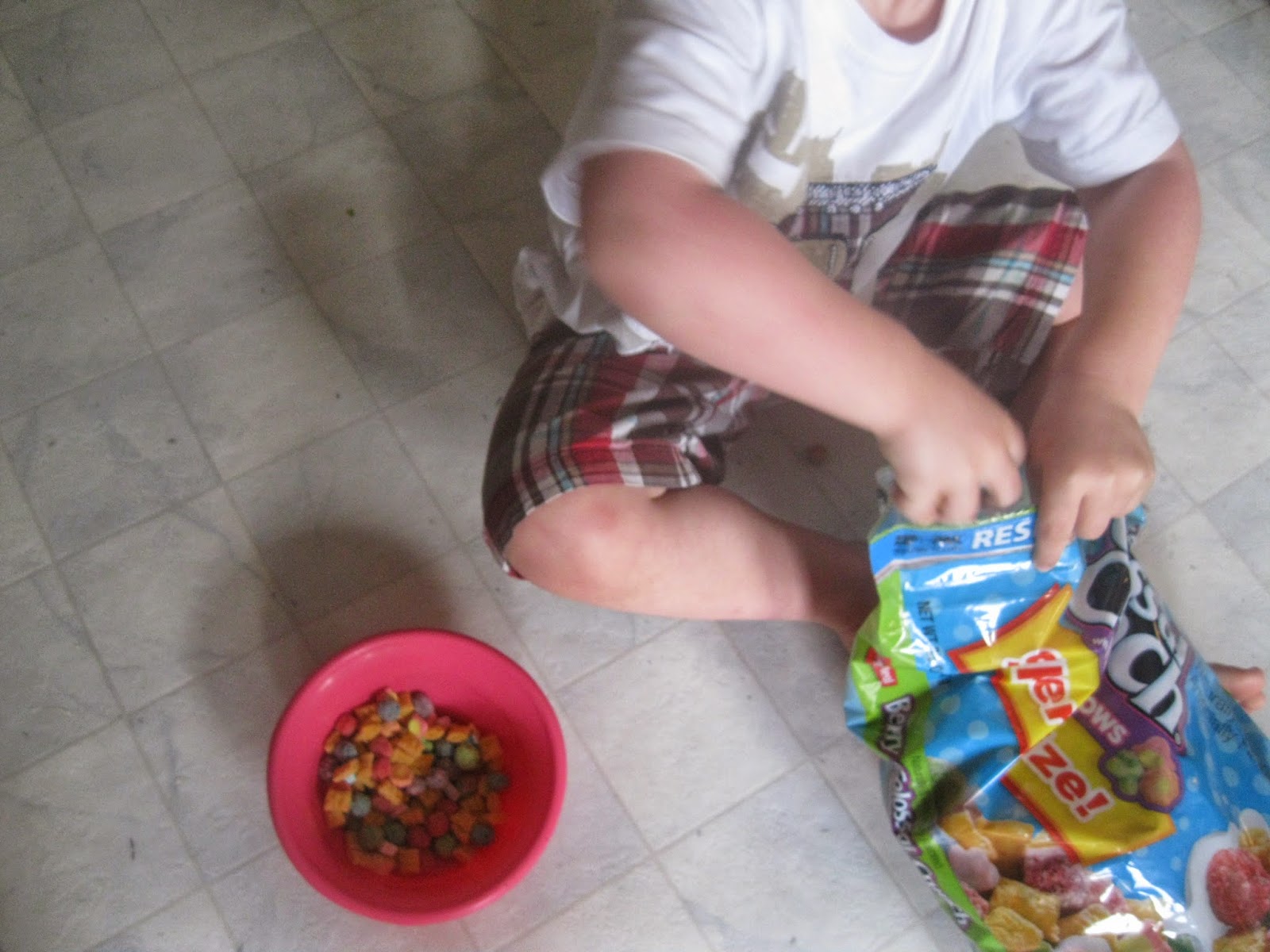 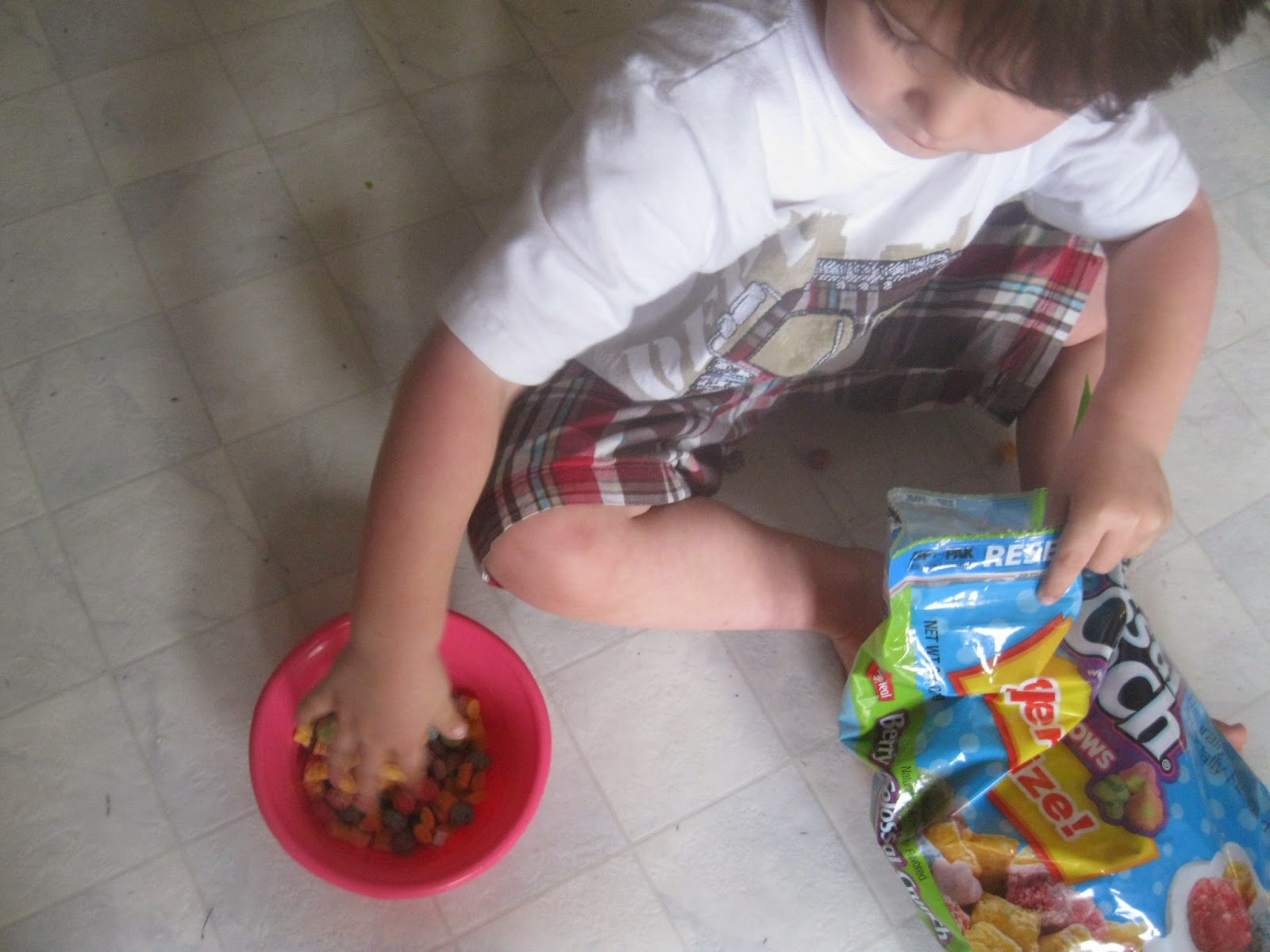 Cake, the robot, with the car! 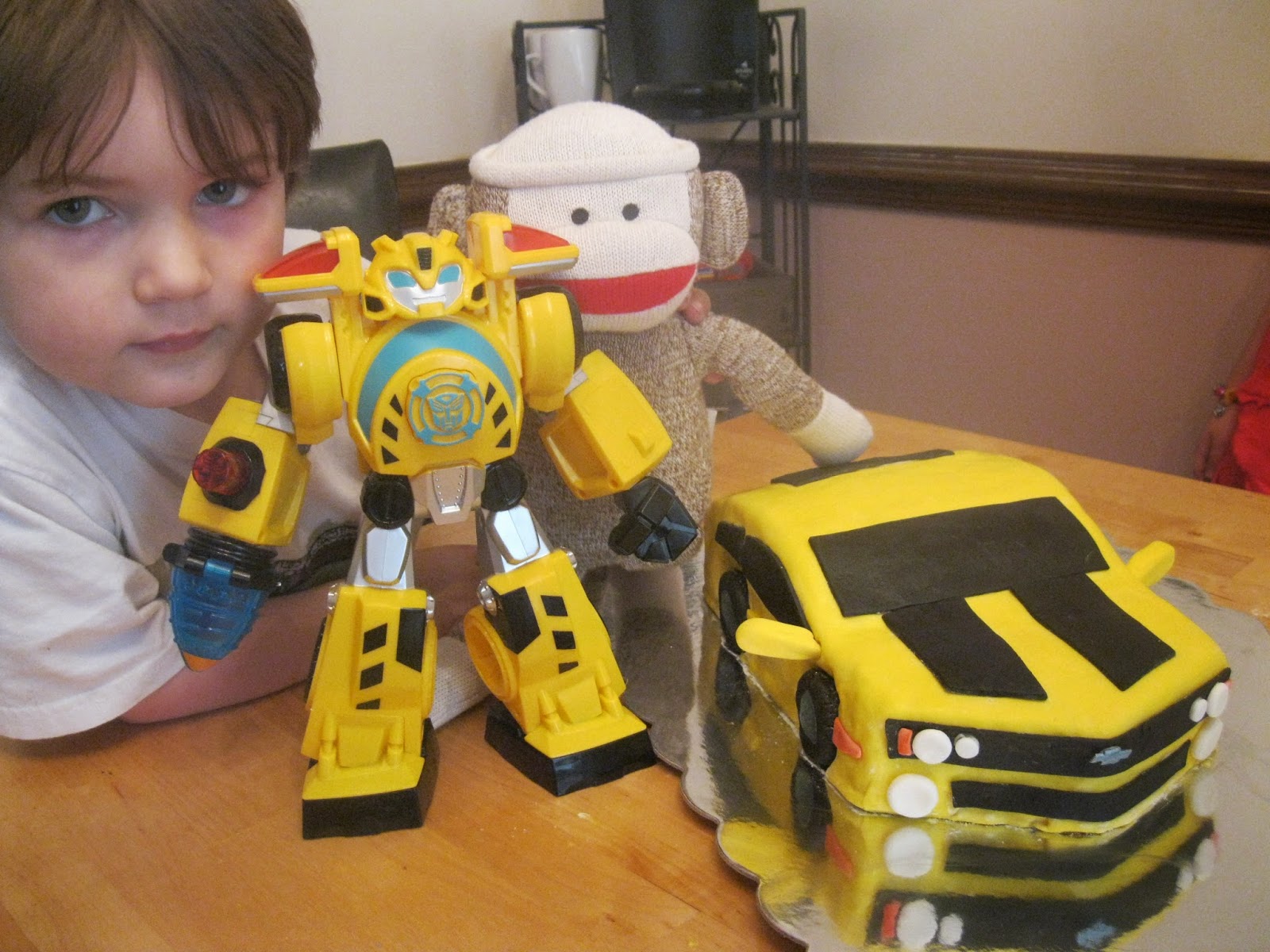 His reaction and suggestions for his cake:-) Part 1 and 2, because youtube was giving me fits about the length

It's a happy birthday song!