So, I've been a little busy lately, doing a whole lot of office work for the elder care company that I do bookkeeping for. Last week I put in more than 40 hours. Which is to say, that a person of lesser 10 key skill-age, would still be buried under the mountains. Trust me. I was flying through the work like I was on fire. Or it was. Or something. It was an impressive mountain to conquer, lets just say that. Anyway, as you might imagine between all that extra and regular life with the kids - not a whole lot of laundry got done. So I had a pretty epic laundry day, where I did it all. No big deal. Just another kind of mountain to conquer, right?

Grey. He is almost 4. And totally over being a little kid. Of course the kids do chores and help out with various things. Generally, I give anything of significance to Kenna or Brooks, since they are better at life, at this stage in their short little ones. But he's onto me. When he asks me for a job, he always asks for "a big one". Or if I assign something out, he questions me "is that a big one?" So generally, even if its a small one, I come with a few reasons why its vitally important and helpful to me. Which are not lies at all, but the truth is, they may be more "baby chores" than grown-uppy ones.

He likes to fold clothes. And more specifically, he loves to fold towels and sheets. He learned this chore while we lived in the Hugo house, and there, I rolled the towels to put away, I didn't fold them. Now that we are living in another house, I don't need them rolled - actually, I can't have them rolled, they must be folded. He is in complete denial over this fact. He insists on rolling all my towels. And I let him. First of all, he doesn't roll them "right". And second of all, I have to re-fold everything once he's done with his "big job". But it's just too cute. I've tried to show him that folding is fun too.

So more to the point of my story - how to fold a towel. I guessed I never knew how to do it right. Well, there isn't really a "right way" I guess. Anything neat and folded is fine. But department stores do it right. I worked at Linens N Things for a few years (from Feb '04 - Feb '06 and then briefly again in '08). So this is how you fold a professional towel;-) 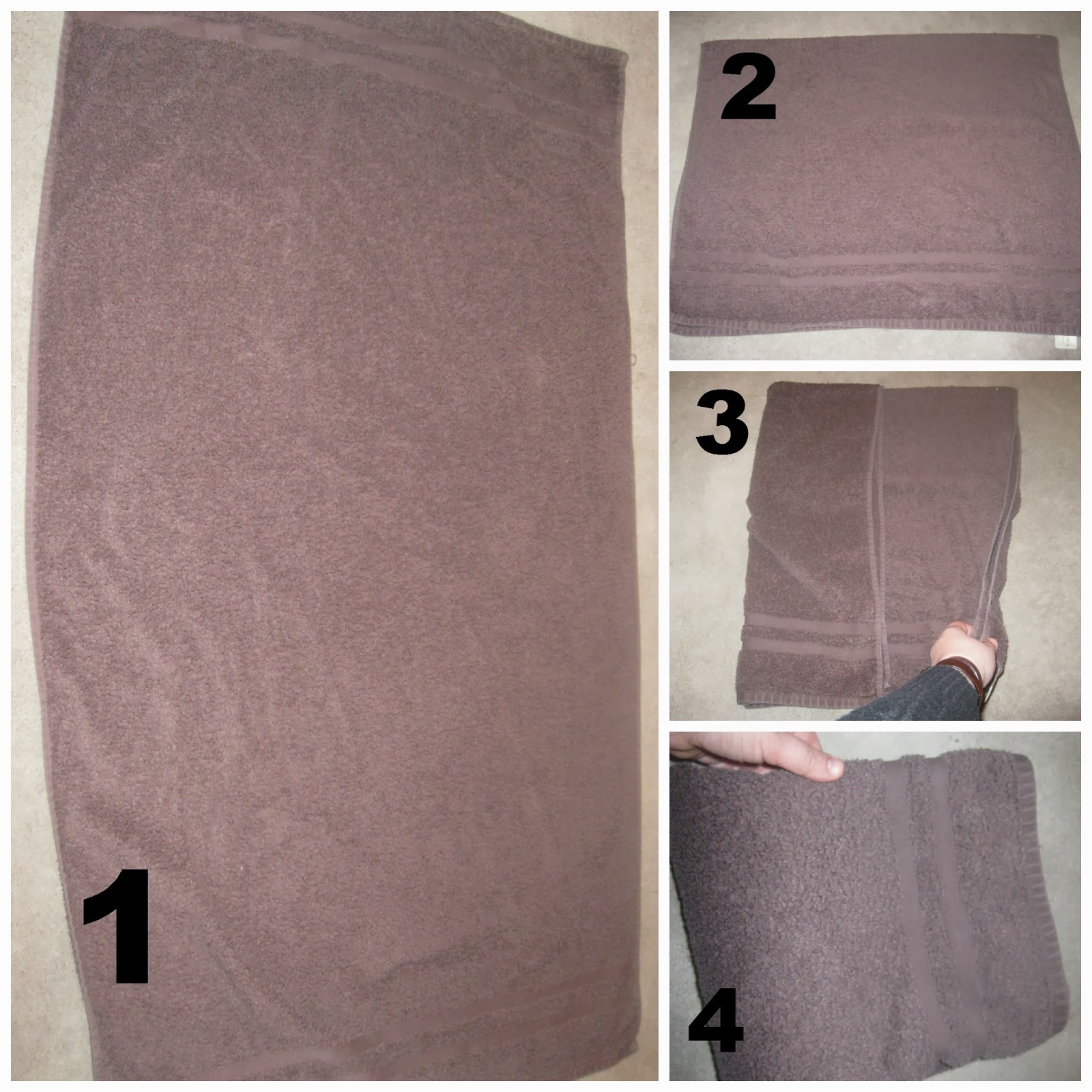 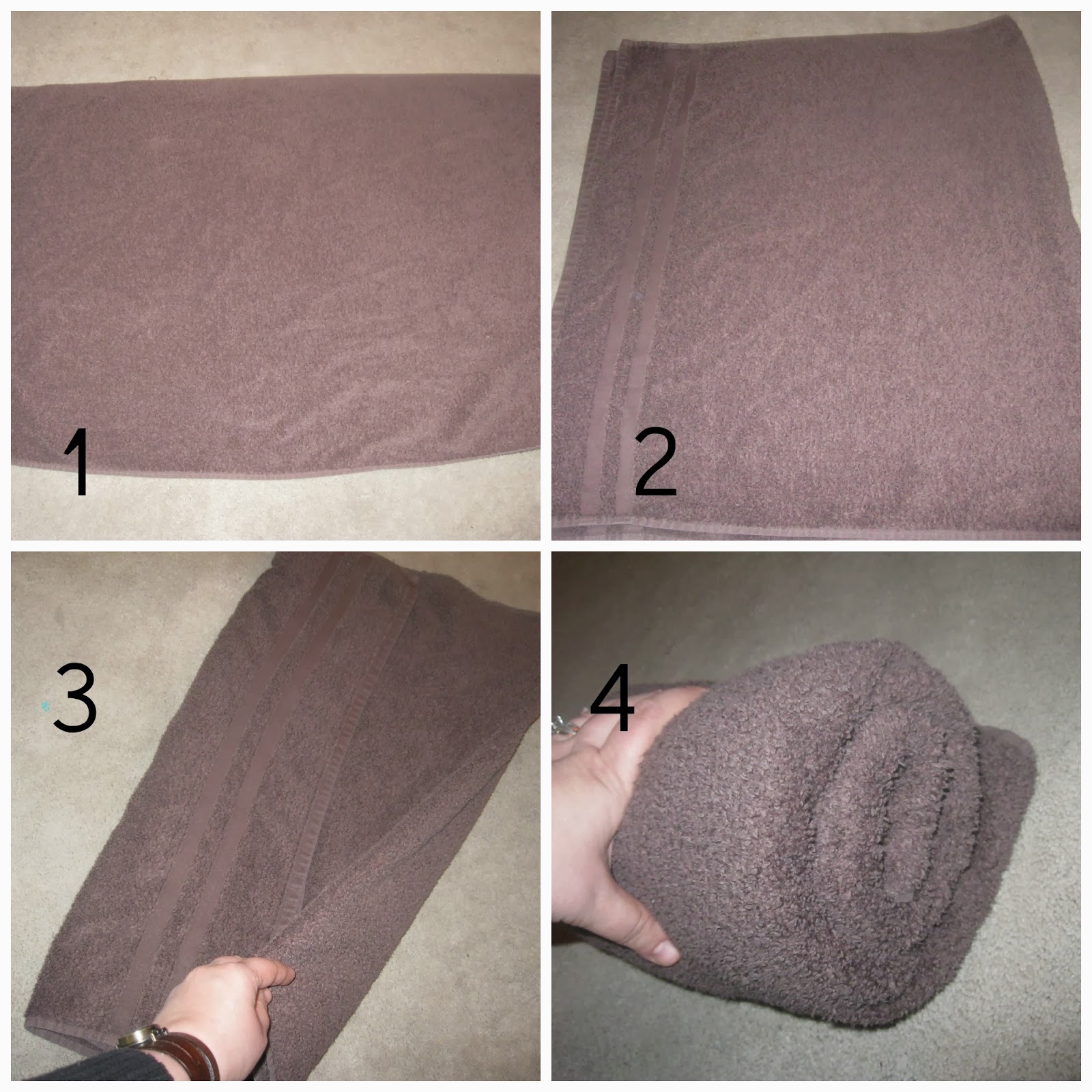 1. Towel
2. fold in half
3. Fold in thirds (but opposite of above, notice the direction of the striping). Fold the striped edge first, and the plain side over that to hide the striping (unless you want it showing pattern wise, then reverse that)
4. Roll

If you want to see how Grey does it, check this out:-)