This past weekend I flew from NY to Oklahoma City for my good friend Audra's wedding. It was such a blast! Brian and Grandma kept the kids, so I was footloose and fancy free, as they say:-) I flew into Dallas, a few hours away and then drove up. I had such a great time connecting with old friends from my IBLP Chicago days
Audra & Travis!!! 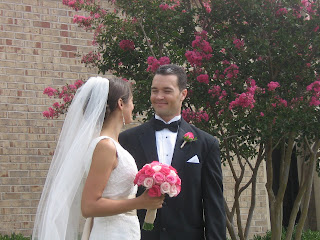 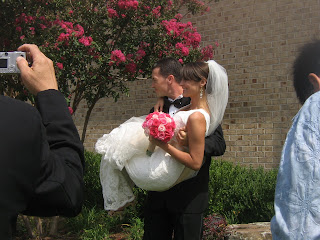 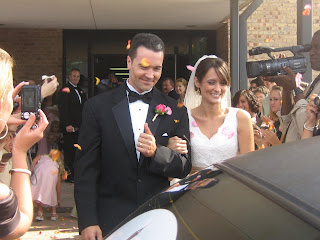 Audra had a traditional wedding party and then something called a House Party, which is a southern tradition to incorporate more friends than the bridal party will allow for. Since Audra has 5 sisters and Travis has 3 (2 in wedding), there were a lot of people standing up front, so we the house party just walked in during the processional and were seated in the front row.
The House Party - Darla, Jessica, Rachel, Faith, Christina and Grace (Erika was missing from shot). I wasn't taking the pic, obviously, and so somehow it was on a very weird setting altering the colours...I will have to wait until others post pics to get a nice one of Audra and I. 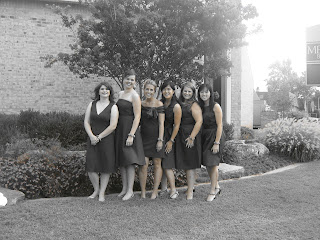