There is nothing cuter than a chubby little bum running around in un'erwears. Grey has been starting to tell us he has to pee, and although I'm not going crazy with it (right before a wedding and out of town guests), I surely won't say no either, if he's asking or telling me! Who knows if this will be a successful potty training, or just a start, but either way, he's excited! He's a little young still (not quite 2 1/2), but who am I to stand in the way of genius;-)


In other news, as of yesterday I've lost 20lbs since starting my diet in May. Not too bad! I rewarded myself with something that's been on my no-no list. Coffee, with creamer, and a little topping too! 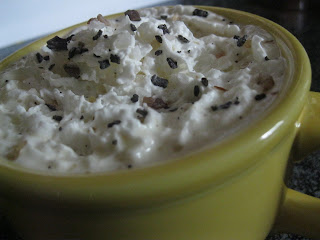 ABC's cutie. He will do this (sing the song incorrectly) for 30 minutes at a time. He loves it!