You all know how I write down my kids "quotes" and I encourage EVERYONE to this too. You will sooo not regret it! My mom started this tradition...she had a duo-tang for each kid, full of all the funny stuff we said. Do duo-tangs exist anymore? Am I way dating myself? (:-/)

This book was our Christmas present in 2011, from my mom. I LOVE IT!!!
My mom has been recording our "best" moments since we were born, which is the inspiration for my doing the same with my kids and their funny sayings.

So recently a deal came up on Snapfish, a hardcover album for the price of shipping ($5). Can't beat that! Of course, I only had a few hours to take advantage of the deal, so I decided to go with my favourite Kids Kwotes from 2012, to go with 2012 photo shoot. So now I have a book on my shelf, kind like the one from my mom...only mine has only 1 years worth - I didn't have time to go through all of them for my faves...


Any type of "bad mood" is more than cured by taking a break, looking at some old pictures, and remembering the funny and sweet moments! 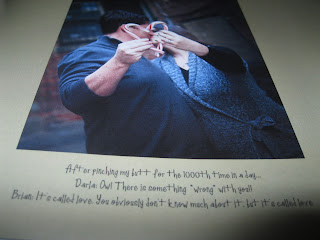 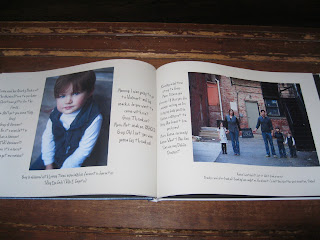 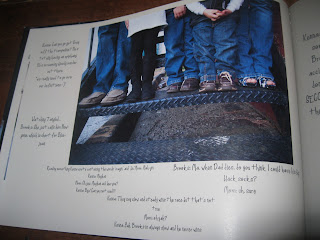 Here are a few vintage Kennedy Kid Quotes: (some of these are kinda inappropriate...but it makes them a little funnier, I think)

Darla (5) on the verge of tears "If God calls me to preach the gospel, I don't want to go. I'm afraid of the slaves"

When our little friend Kendra (5) was close to dying (of cancer), Mom gathered the kids to pray. Davis (8) prayed, "And, dear God, please build her a good house"

When I was explaining the chore assignments to the kids, Janessa (8) said in the exasperated voice, "I know, I know, it's the F word". With a shocked expression I queried "The F word?" "Yes", she replied, "We have to do it with effort" 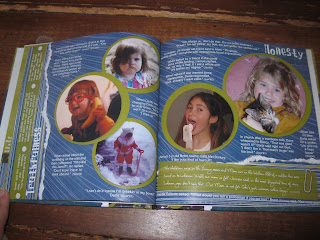 Lauryn (4) Running to the door to greet Grandpa and Grandma during our head lice episode, "Isn't it awful? We's all gots aids"

Lehman (5) needed a "time alone" and was sent to his bed. All of a sudden Mom could hear screaming from the basement. She went down to see what was going on. Lehman was sitting on his bed shrieking. Davis said "He got off, so I set him back on" Lehman said, "Yeah, he's antagonizing me"

Darla (5) asked if Goliath went to heaven. Mom answered, "No, he went to hell because he didn't love God". She turned to Brent and said "That's where they drink beer" 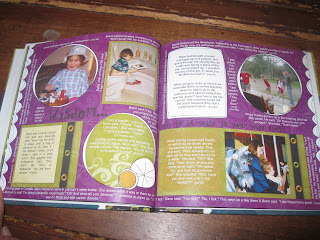 Brent (4) picked up some rabbit droppings and showed Dad. Daddy said "oh Brent, put that down, it's rabbit poo" Brent quickly dropped it with disgust and proceeded to lick off his fingers.

Kaden (5) said, looking up from his hospital bed, "Mom, when am I going to die from this cancer?" (*as I recall he was only minorly injured, it was nothing serious)

Jared (3) said to a lady at church who was wearing a hat, "You look like a farmer"
Brent (4) told a man at the store "There is no Santa Claus. There was a real man named Saint Nicholas, but somebody goofed up and called him Santa"

Lauryn's (6) school picture turned out really well. Dad said, "Oh I really like your smile" She replied "Yeah, I had it all planned out" 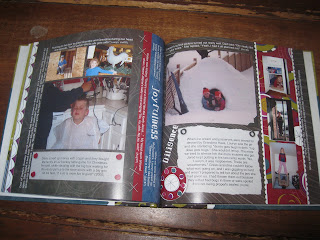 Brent (7) told us he is never getting married and he is going to take care of us when we are old. Then he said, "I'm also going to be a missionary, so I can't take care of you when I'm out missionarying around"

When we met Prime Minister Jean Chretien in Ottawa, Logan (4) said outloud, "How come that king isn't wearing his hat?"

Darla (3) & Brent (2) playing eye spy and he said "I lee lumping". She said "Lumping? Can't you speak English you dipstick?"

Oh boy, I better stop...I just made my own day WAY better, and it was already pretty good:-)