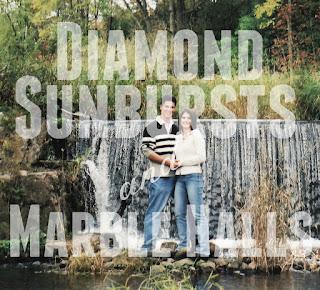 I recently purchased a childhood favourite to introduce my kids too – Anne of Green Gables. It's probably been 13 years since I'd seen it, maybe longer. It was so much fun to watch it again, and I realized something I'd forgotten. I want to marry Gilbert Blythe.

And I realized something else I'd not remembered – the story of Anne and Gilbert is hauntingly familiar and personal to me. For those of you that don't know about our troubled beginnings, lets just say you can picture Anne, nose in the air, ignoring Gil's very existence. That would be me. And you can picture Gilbert, always stealing a glance at her, always amused by her, always trying to be helpful, and with a knack for showing up at the least desirable/most necessary moment. That would be Brian.

I realized something really incredible when I watched the movies last week. I married Gilbert Blythe.

I don't know how many people get to say – after treating someone unkindly, intentionally, for years – that this person ends up being the love of their life. I can imagine it's not very many people. “We quarreled and I wouldn't forgive him when he asked me to. I wanted to after a while, but I was stubborn and I wanted to punish him first. He never came back. I always felt rather sorry. I sort of wished that I'd forgiven him when I had the chance” - Marilla Cuthbert
Most people decide that they are too important to be treated badly, or that the future is bleak and there is no point in perseverance, and move on.

There are a select few, like Gil, who see beyond the troubled circumstances and petty quarrels to beautiful beginnings and happily ever afters. They are the fortunate ones. And there are those, like Anne, who believe in no other version of the story's ending but the one she's determined in her own mind. There is but one path to happiness, is there not? And I've decided that it certainly could never be you! These end up being the most unhappy of us all, unless they can be persuaded to change their perspective.

I have never been deserving of the time, attention, and pursuit that has been given to me. I will always be grateful that God allowed my heart to see what I had standing in front of me. A loyal, faithful friend, determined in his own way to write the story that he saw, with all it's marvelous possibilities. He is the hero of our story, steadfast, honest, and charming – and I'm just the lucky girl that he loves.

As for life? “We couldn't enjoy it's loveliness any more if we had millions of dollars and ropes of diamonds” - Anne Shirley 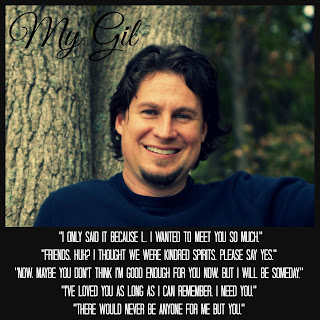 Labels: Christ in Me, Flash Backs, Our Wedding