We took an afternoon and went into the heart of Toronto to show the kids some of the sights. There is a LOT to see, and we barely scratched the surface, but we hit some of the highlights. When the kids are older, we'll do more (like go see a game, and take a tour of something)

We walked through the lobby of the Royal York - (a little history. Way back in the day, like, the Upper Canada days, Toronto was named York. The district is still called York Region, and there are a lot of historical things with York in the name. When the kids are a bit older, we'll take them to Fort York, which was a pivotal place in the war of 1812) 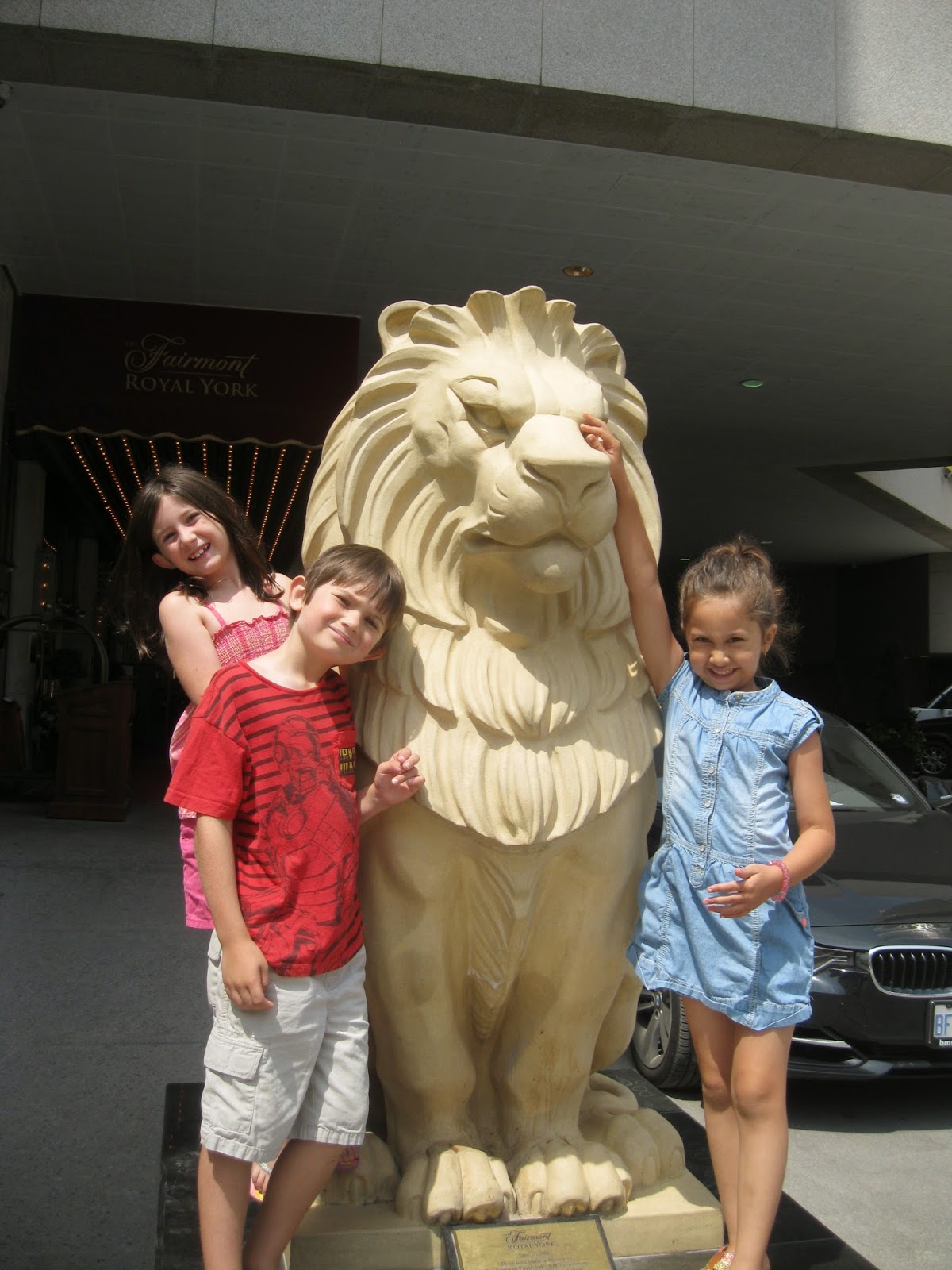