Our cats have quirks. I'll have to get some pics of Huck and post his, - he is our prettiest cat, but definitely the most annoying:-)

Our little Soya-bean kind of acts like a dog. He's generally the favourite cat, because well, he's the friendliest. (Kenna took these pics) 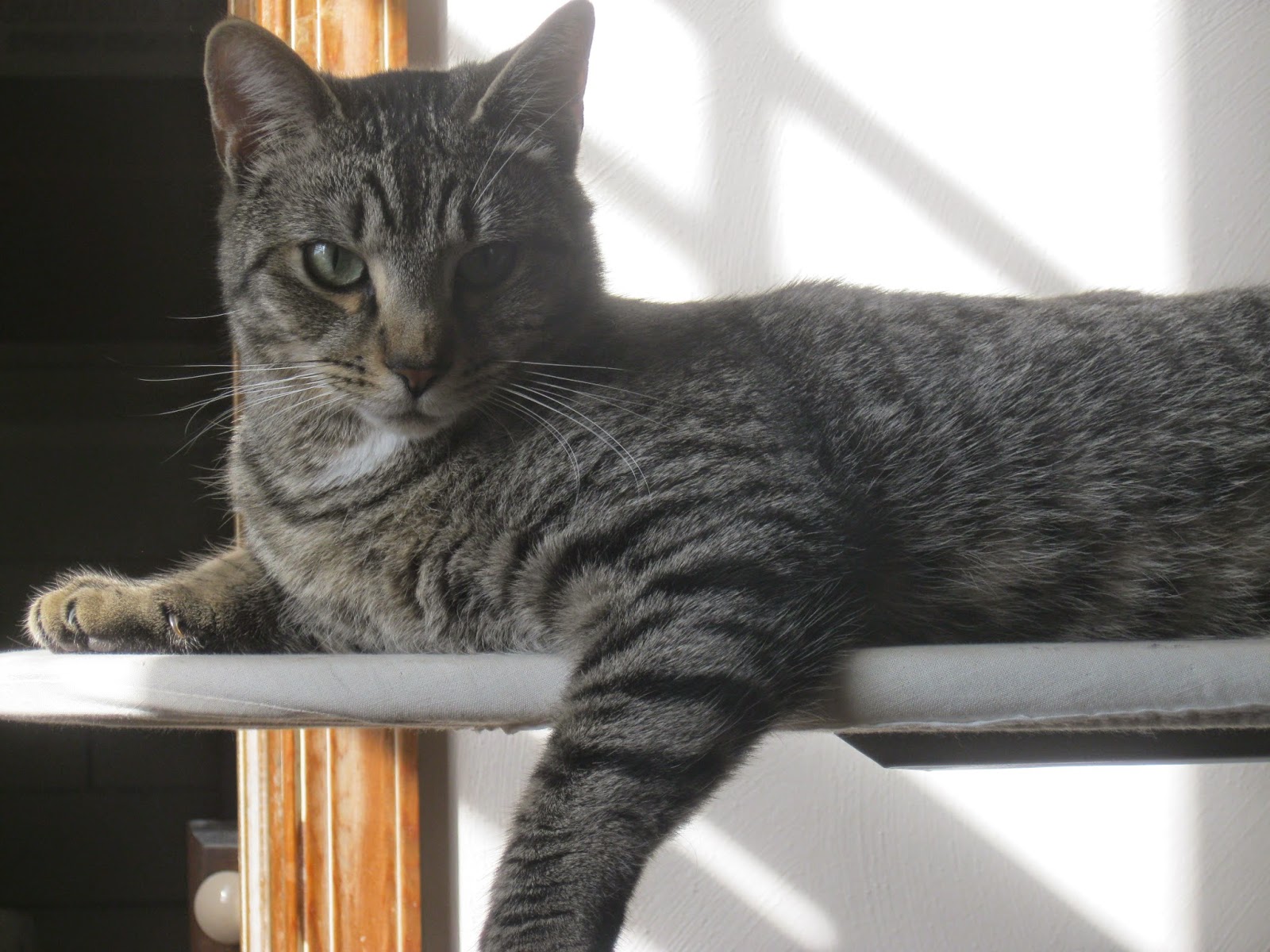 However, the niceness does cross over a line, into the range of obnoxiousness from time to time daily 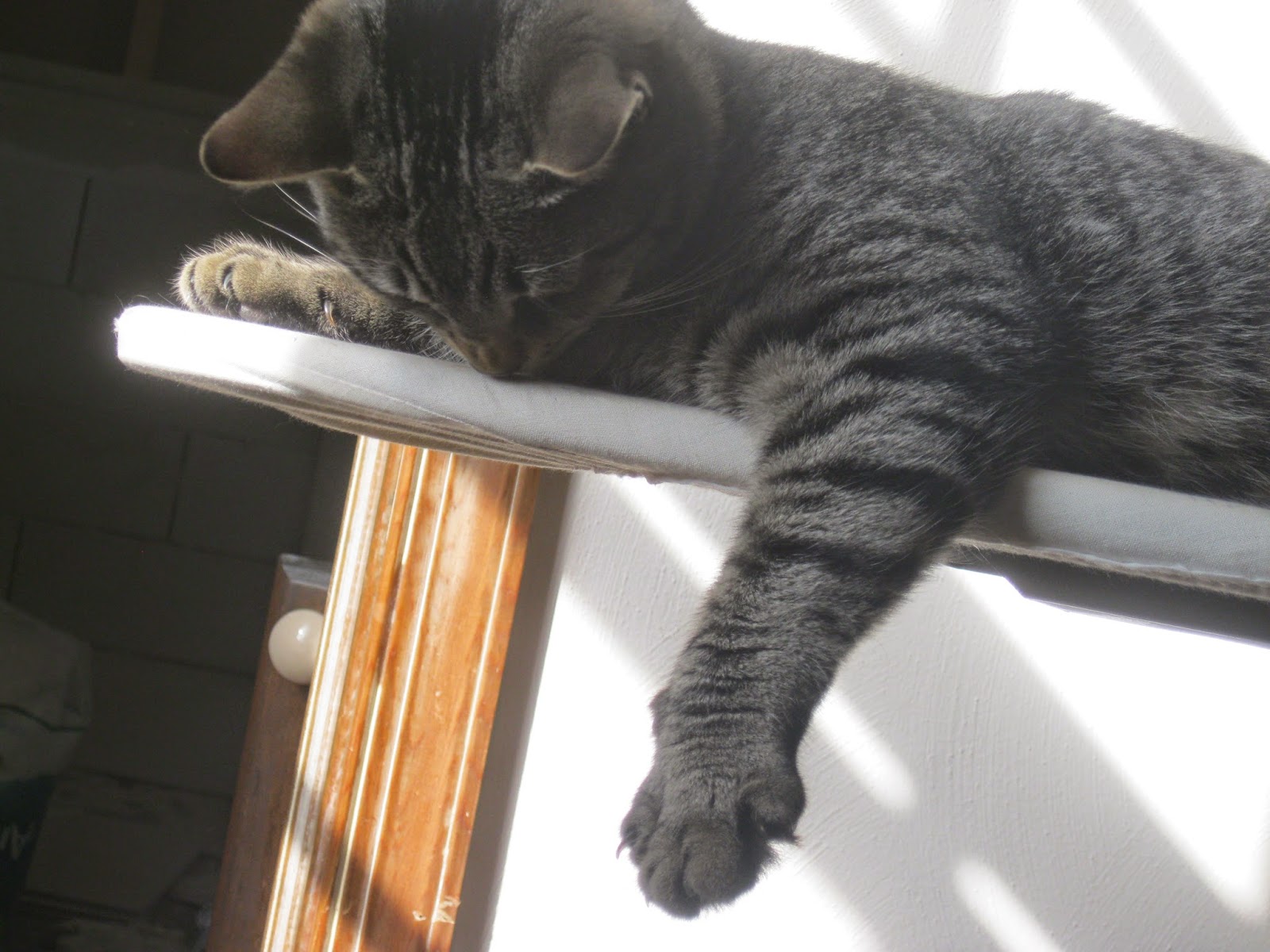 He loves to be petted. Demands it really. He will not leave you alone, and wake you up from a dead sleep to be petted at 2am. The kids do not like this. 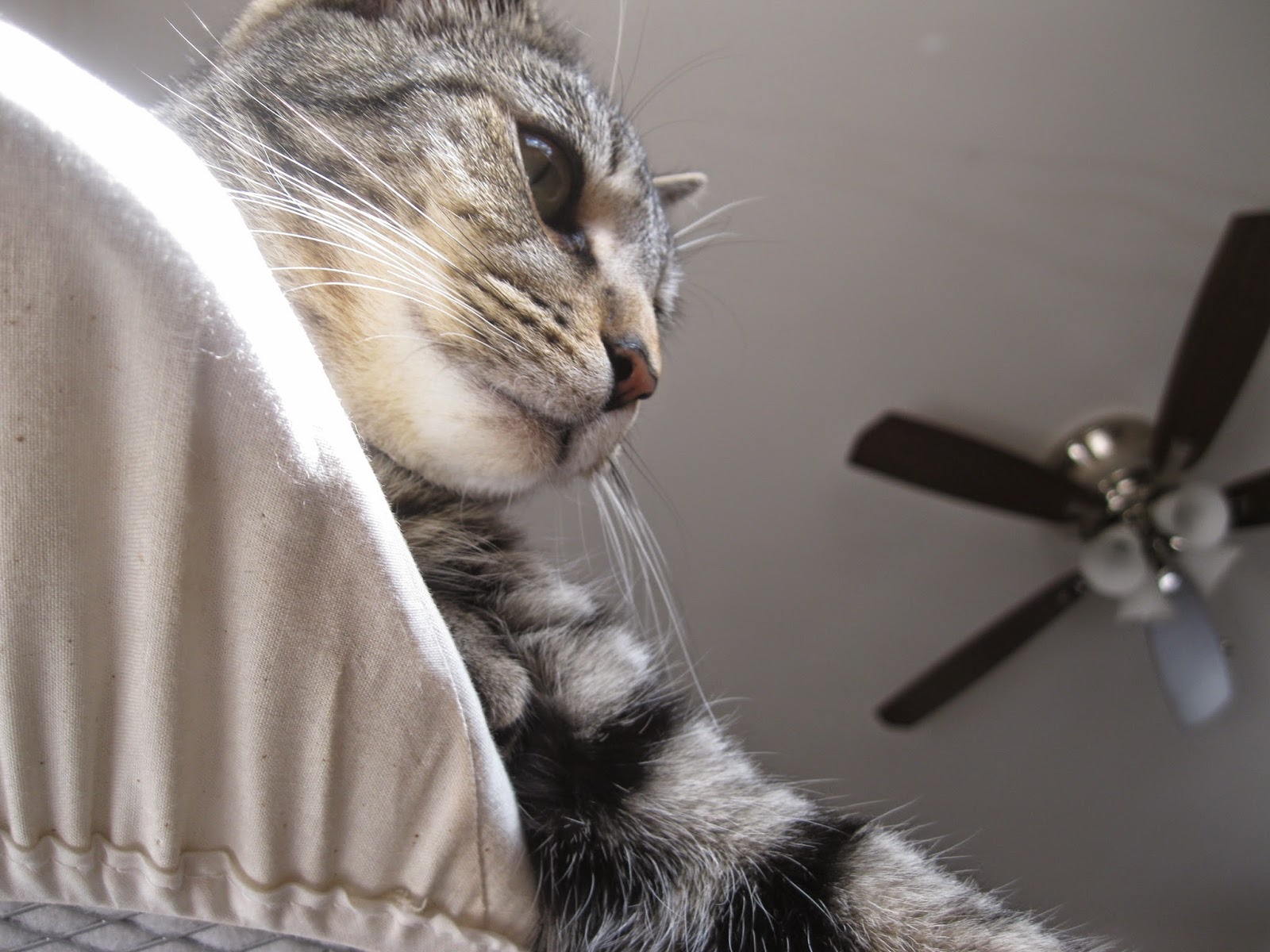 If you throw him out of your room and shut the door, he will meow and paw at the door, until you let him back in. Yelling "SAWYER" will make him pause for a minute, and then he's right back to it. 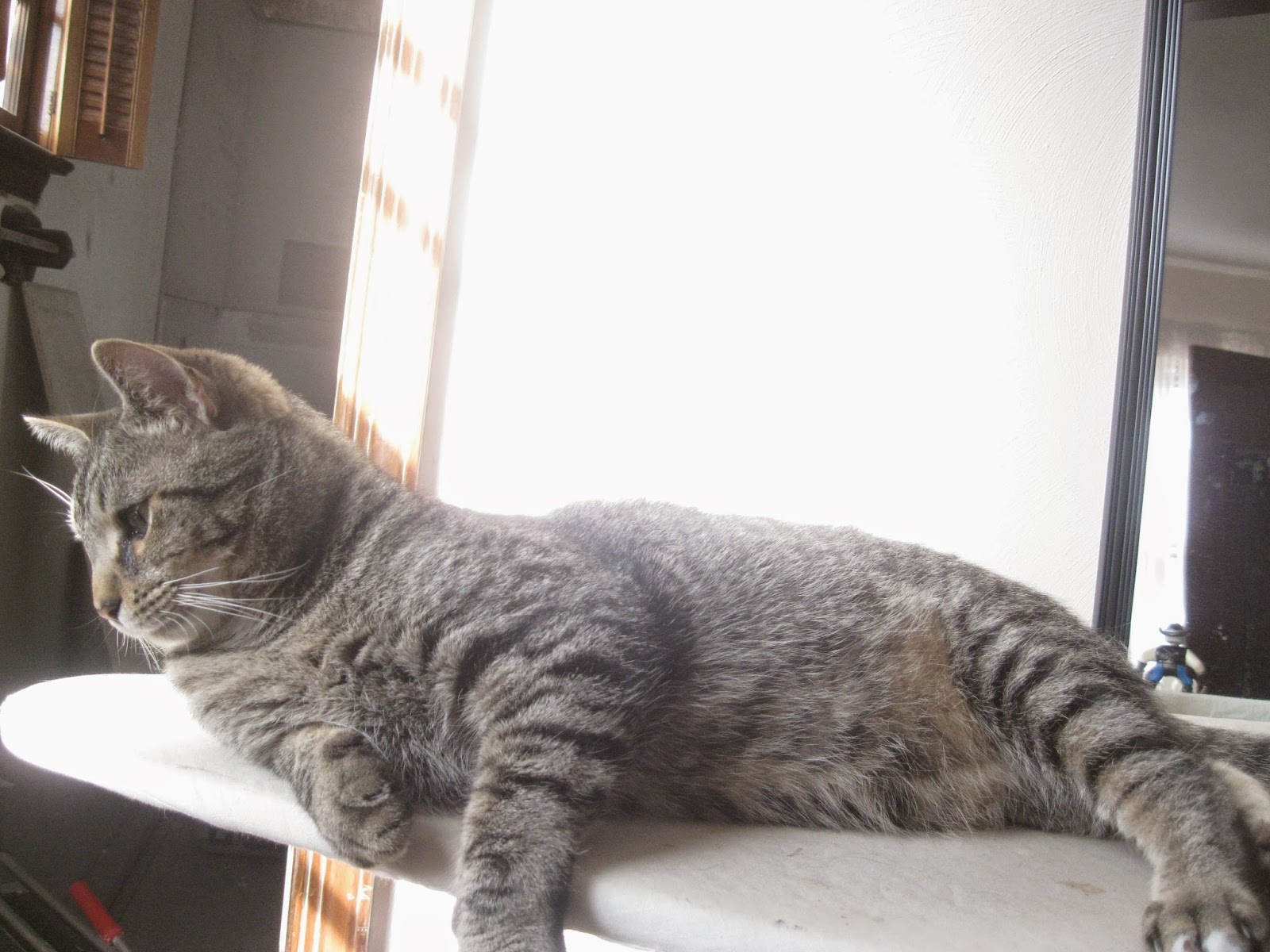 Thankfully though, this is his only fault. He just loves to be with us 24/7. The kids are...kids...so they are fairly crazy with dragging the poor things all over the place, and Huck gets tired of that really fast and likes to hide and sleep for hours, but Sawyer is never more than an arm's length away it seems.

One night he was going crazy at our back door - hissing, angry, aggressive. I turned on the light to the screened in porch to see "Pokemon" (named by my kids) on the porch. He's an old grey fluffy cat that wanders the neighbourhood. Sawyer was not amused by his presence at all.

When our friends bring their new bulldog puppy over, Sawyer stands guard on high alert the whole time. He is very protective of us!

Sawyer and Huck both love to jump in the shower after Brian's gets out in the morning, and lick the curtain and the walls. We love our little Soya-bean!
Posted by Darla at 10:56 AM