Grey really wanted a Big Hero 6/ Baymax cake. If you've never seen the Disney flick, it's worth the watch, we all really love it! Anyway, Baymax is the lovable "marshmallowy" healthcare helper from that show.

When I asked him (in about January) what he'd like for his cake, he said "Baymax, or Karate Baymax, or the Flying Baymax" - I let him know that we'd only be doing the regular Baymax:-)

So here he is, straight from San Fransokyo!
Grey requested a red velvet cake for the cake, and for the cake pops? "Green cake, 'cause green is basically my favourite colour" - so I did a vanilla dyed green for the cake pops. They were yummy and adorable! 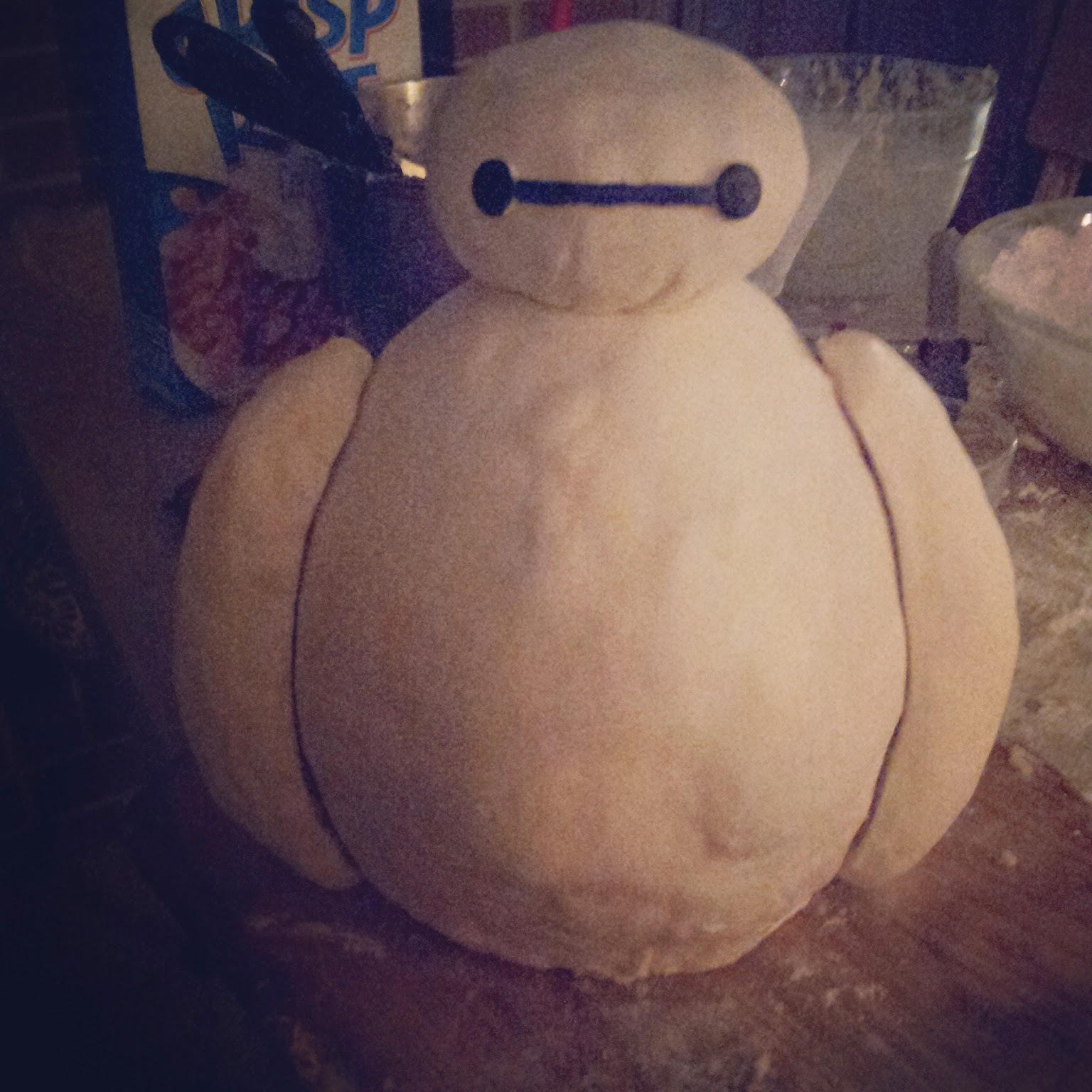 I made Baymax using 3 cake mixes - 2 barbie dress cake forms (using a whole recipe of cake for each), and then an 8inch round, again, using an entire recipe for that one pan, so it was nice and thick.

I stacked the "Barbie dress" shape on either end, with the round in the middle. It made an egg shaped oval. Then I cut a bit off the bottom of the oval, to make him wider on the bottom than at the neck. This gave him a good and generally realistic Baymax shape. It was actually a tricky cake to make, because of the shape! Lots of "two hands required" moments, and crumb coating that shape was also not the easiest! Also, because of the volume of cake needed to get his shape, he was VERY very heavy, though not very big!!

I made a batch of rice krispie "squares" and formed them instead into arms, legs, and a head. I covered all in fondant, and attached using skewers and toothpicks from the inside of the arm (rice krispie side pressed into the cake).

Because of his weight, I came to realize that he likely wouldn't stand on his legs - but we tried! 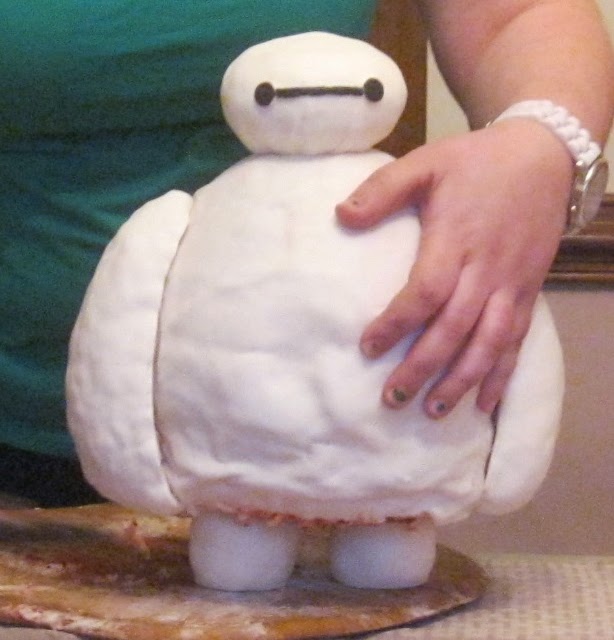 I got him up on his legs, but he needed a little balance. We did this right before eating him, so I didn't bother to clean up the red velvet bottom edge.

It would have been possible - perhaps slightly larger legs, and maybe a few skewers for balance, but he was cute and tasty, that's all that matters! 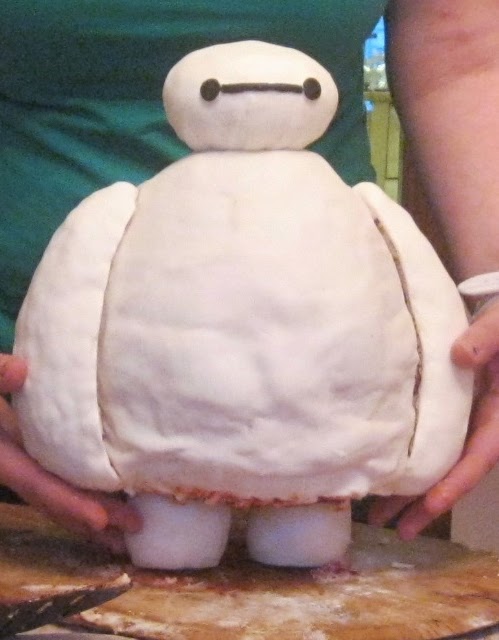 Grey chose Cookie Crisp for his birthday cereal, and nachos for his birthday meal. We had a nacho/taco "bar" with lots of toppings (corn, beans, peppers, onions etc) and cheeses etc. It was really good! 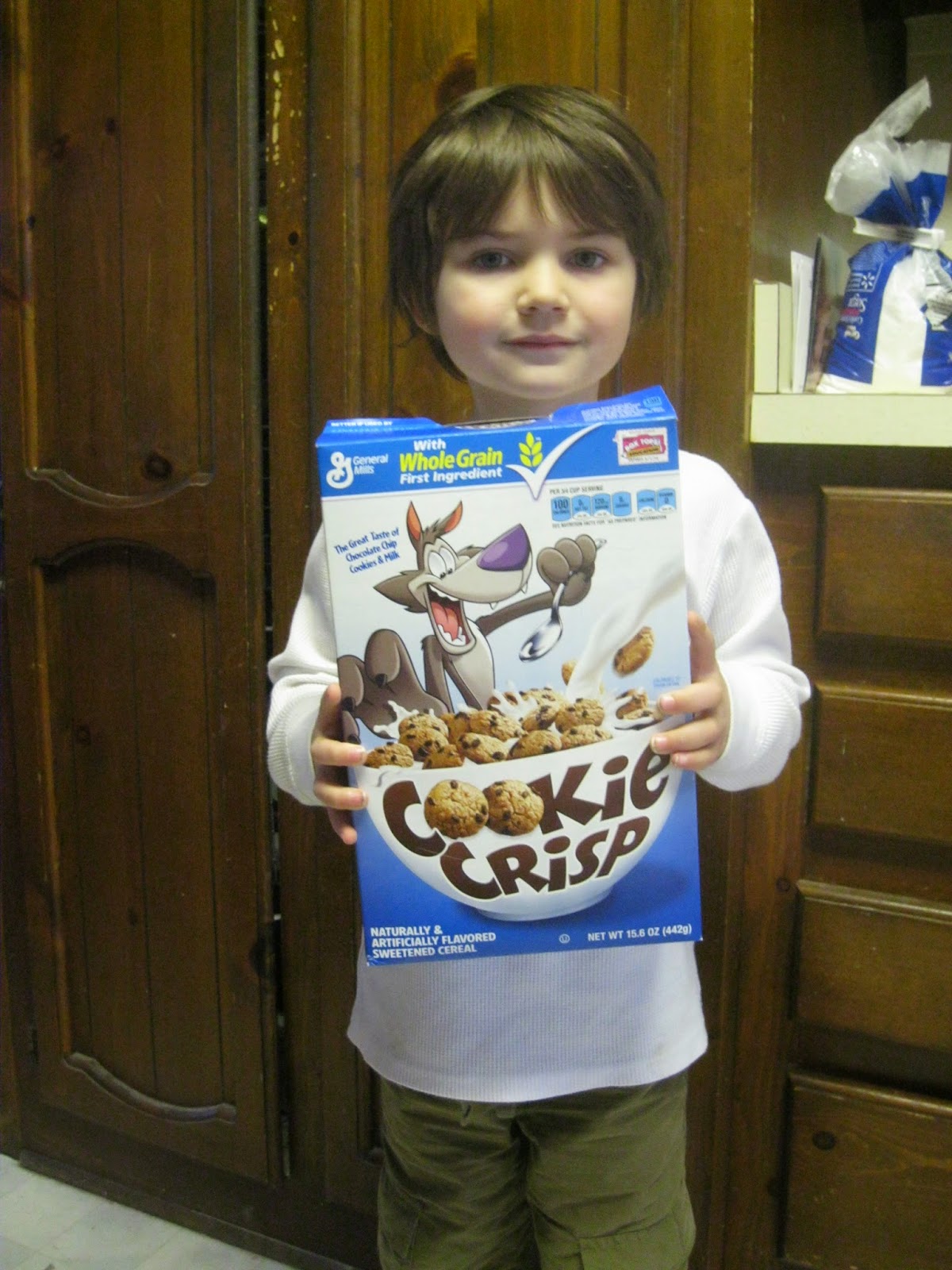 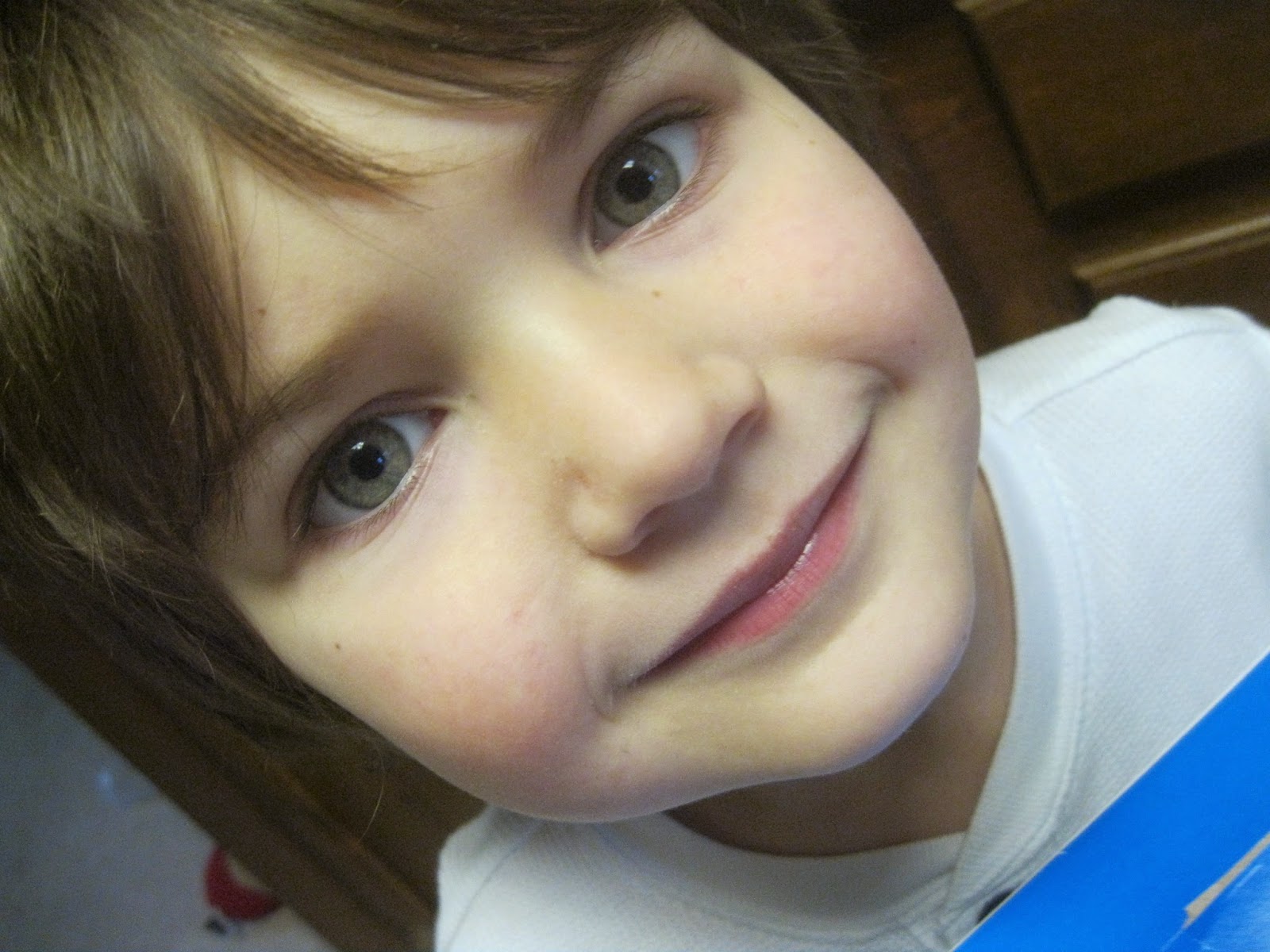 We invited Uncle Dale and Auntie Noni, and friends, Paul & Abbey (with Vail & Pilar) over for dinner. Here is the birthday song, and Grey, being the typical weirdo/ham. When all attention is on him you never know what he'll do. In this case, sporadically, yet somehow rhythmically lick his cake pop.

We love our little "mini Brian" - also the class clown. He's a treasure, and a joy - unless he hasn't had a nap, or you wake him up early. Then he's pretty much a bear. We are all his biggest fans, and I think he knows it:-)
Posted by Darla at 9:05 AM