Our little Huckleberry Finn is our prettiest pet. Also our strangest. He was our first adorable little bundle of fur, but has generally taken "second place" to Sawyer's adorable cat-inality since then. We're not really sure why he's such a weirdo - but he has quirks. 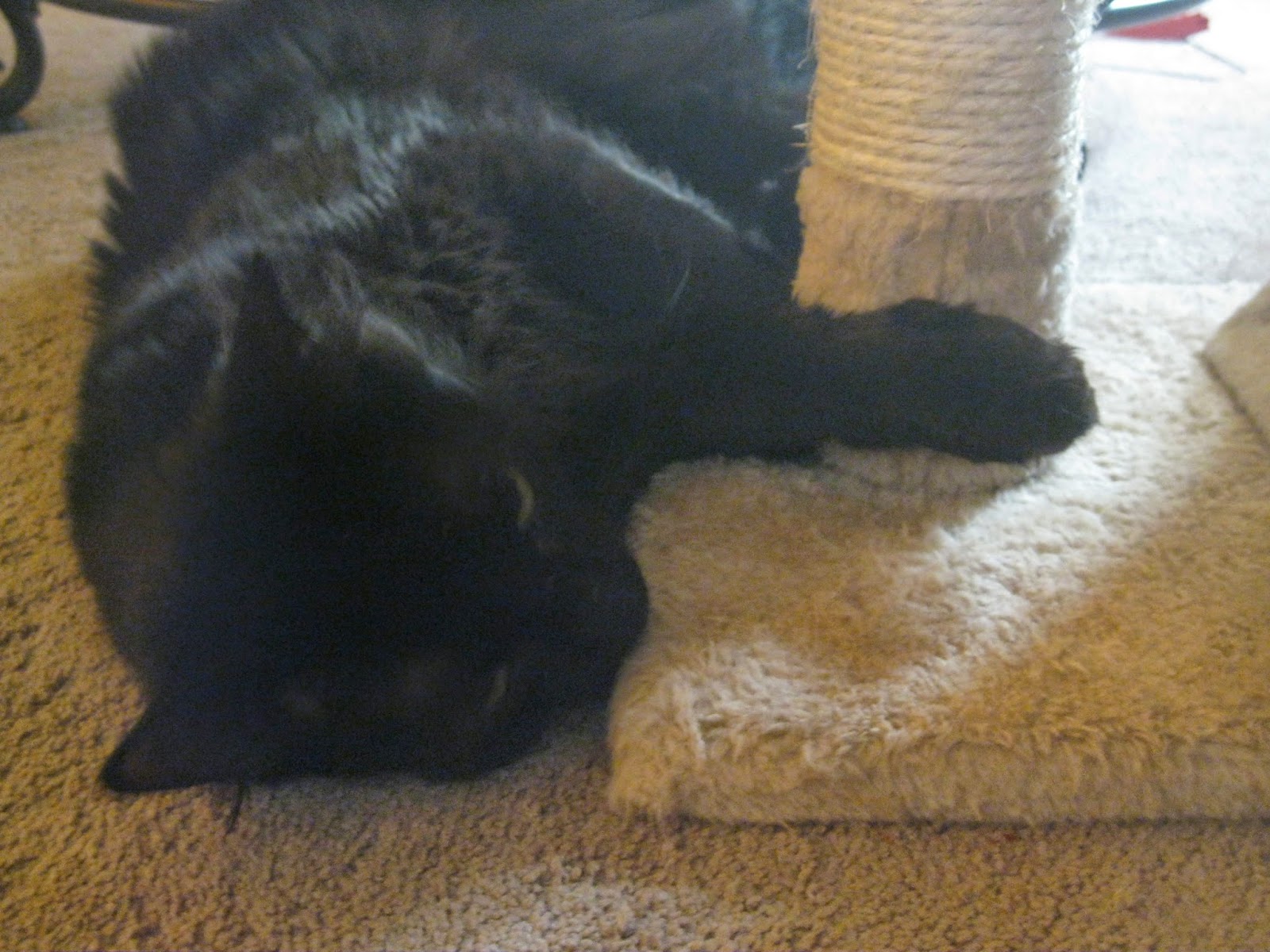 He has long hair, which is gorgeous. His face looks like Toothless, from How To Train Your Dragon. His tail is much longer than "normal" and extremely poofy. He is a dream to pet, because he's silky soft. 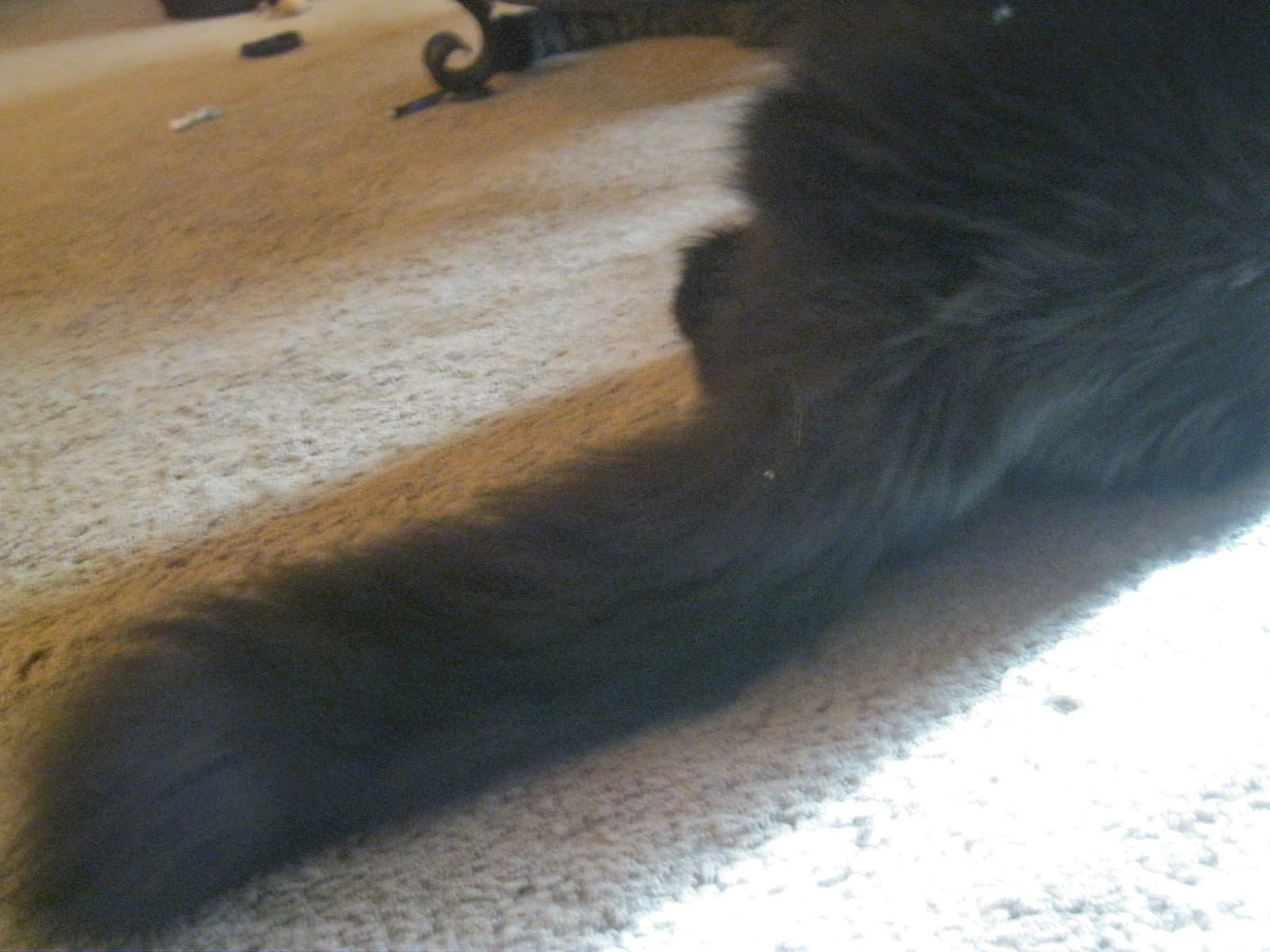 He's a bit of a loner though. And doesn't like to be treated like a dog (like Sawyer). He loves his collar though, from the minute we put it on him. It has a little bell, and so you can tell when he's coming. Sawyer almost clawed through his own neck in effort to remove his collar, when we tried it - and managed to get it thread bare in one place - so we decided maybe a collar just wasn't his style. But I'm glad Huck loves his - it comes in handy to know where he is - with all his "quirks". 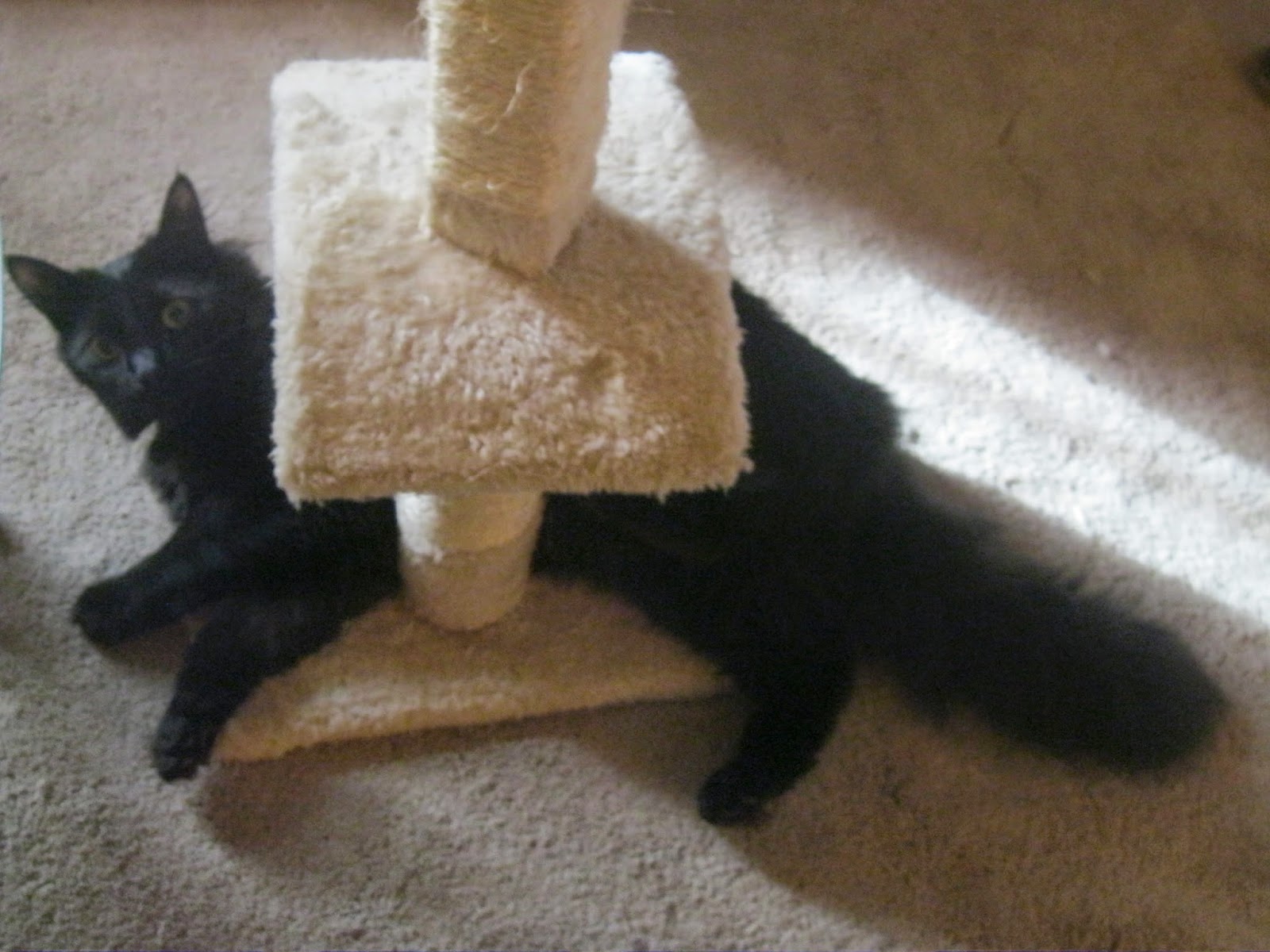 Huck likes to pee on cloth. Messy piles of fabric, really. So laundry left on the floor in piles waiting to be washed, clean laundry waiting to be folded on the couch, an unmade messy bed piled with the blankets...it's CRAZY annoying. The bed thing though - he only has ever peed on our bed, not the kids (and their beds are left unmade plenty!). He'll go for a long time (2/3 weeks) and not do it. And then do it twice in a day or something. I've never been so grateful for a plastic lined fabric mattress protector, let me tell you!

I have never been one to be really "on top" of my laundry folding - but let me tell you, that cat has reformed me in a hurry! He has never peed on a folded stack of clothes or towels, so that's the secret. I must immediately fold everything, and it's safe.

I am looking to see if I can make homemade dryer sheets or something with a scent that cats hate, but will linger on clothes, so that he will not be attracted to our clothes and blankets! (I'm ordering some essential oils I've heard they hate, we'll see how it goes!) 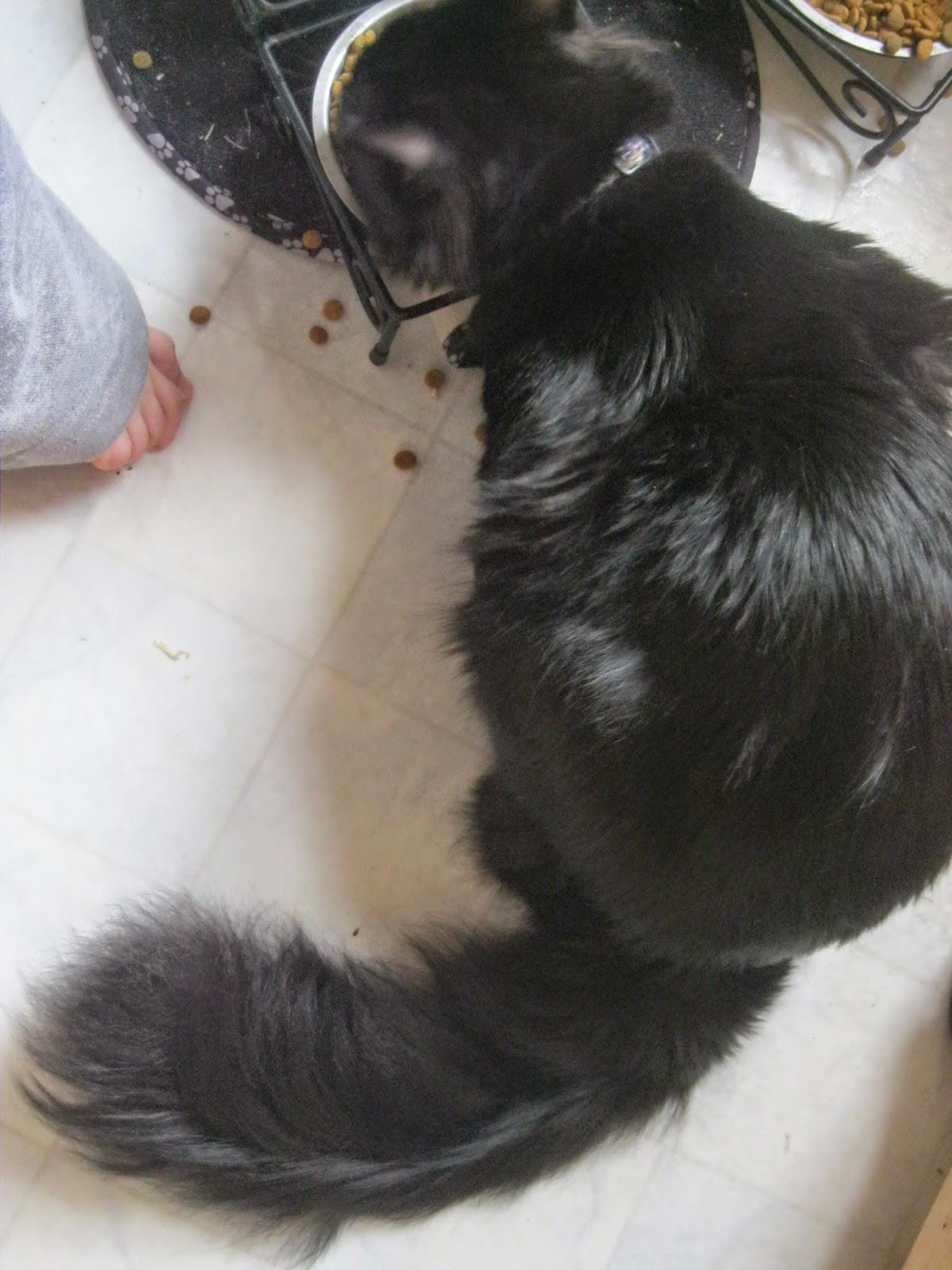 And quirk #2 - He loves to tip things over. Things full of water/liquid. If you set your cup on the coffee table, he'll jump up within a second, and push it over. It often happens with our schedule that dinners end time pretty much coincides with bedtime. So we leave the table - and get ready for bed, and then I return to the dining room to clear and do dishes etc once the kids are settled in bed. When you return to the table to clear it, all the cups that contained liquid will be tipped over. I have literally set a cup down on the counter, and then heard that little jingle bell and do diving for the cup to retrieve it before it goes spilling everywhere.

I am especially careful with Brian and his juice obsession. He loves Grape or Cran-Raspberry juices from Costco (pure juices and a great price by the way!) - He'll take a glass, bring it to the den (pale tan couches), and set it on the floor or end table. If you would assume I am not one normally given to dramatic outbursts, you'd be correct. Unless grape juice and Huck are in the same zipcode.

And he also loves to eat/destroy my fake flowers. So little Hucklebug is really the "problem child" of our cat crew. It just goes to show you, good looks aren't everything ;-) But man, is he ever pretty!