Halloween this year was a bit of a 'rush job'. Not that I am ever super prepared for it, but I kinda thought we'd do Chuck E Cheese again or something, since that was such a hit last year. Then we got really busy with Hugo house work, and those plans fell to the way-side. But there was a dress up theme for Awanas on Wednesday night - you fave Bible character. Boy oh boy. If you know me well, you know I hate costumes. And more than hating costumes themselves, I hate spending money on them. So I like to make it work with what we have in the dress up bin. Which is not always easy when a theme is thrust upon you.

Well...we've got princess stuff...so Queen Esther seemed a logical choice. Then Kenna decided she should be Ruth and Brooks should be Boaz.

...well, I told her she could be Ruth - about to get married to Boaz. She used her flower girl dress and a sheer kitchen curtain for a veil. 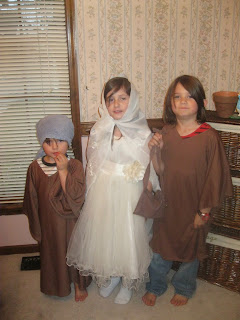 Grey wanted to be "Kenobi", otherwise known as Obe Wan Kenobi. To Grey, he's just Kenobi. Occasionally, Kenobi-wan, haha. - He says they have the same hair, so he could be him...or the little green guy. I figured that it would be hard to find Yoda in the Bible...so maybe he could be a shepherd and use the Jedi robe. He was not excited by this. We decided he could be a shepherd named Kenobi, and that worked out. 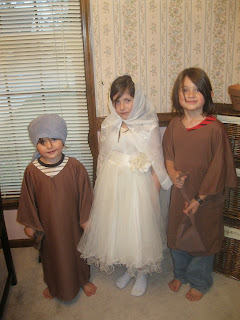 Brooks got to be David - with a slingshot, and satchel with 5 stones in it. He refused any head gear (ie hand towel)...but I think the point was made:-) 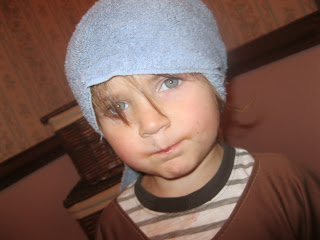 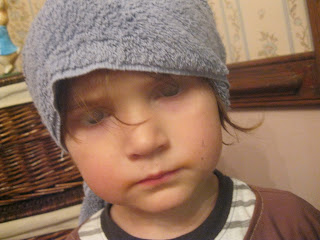 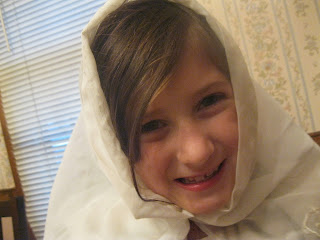 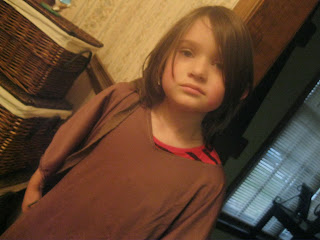 On Halloween, after soccer practice, we got Sonic (kids first time to eat the food there) and worked on the house. They went to a few neighbours on Hugo...dressed as soccer players I guess:-) and got some candy to fuel their evening. Kenna thought it was the best Halloween ever, since they got to eat out AND get candy by "real trick or treating"
Posted by Darla at 12:53 PM