Some highlights from our Independence Day weekend...Saturday morning we went to a matinee at the "movie fee-dee-or" to see Toy Story 3. This was Grey's first movie theater experience, and Brooks' second. Everyone loved it! Then we went to a BBQ for the evening at a friends house. Lots of fun, and very tired kids!

Sunday evening, after church and attempted naps (Brian shared his sushi wasabi with the kids - SPICY. He then allowed them to wash it down with his Pepsi...caffeine enough to keep them up from sleeping:-/), we went to a 4th of July party we had an invite to. Last year we went downtown, and that was fun, but I didn't want to brave such huge crowds and all with the baby. So we went to Mt Trashmore to a private party and had tons of fun. The fireworks were much less impressive than the downtown ones, but it was nice not to brave the crowds and be able to relax a little more. Plus the party made up for it too!! There was popcorn, bouncy houses, snow cones and food! The kids had a blast! 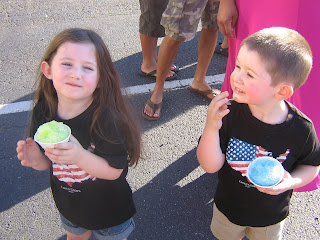 They also had face painting! It's a red, white and blue butterfly!! 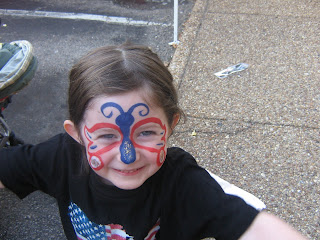 And Spiderman. Gotta love him! Notice that haircut? He got buzzed this weekend too! 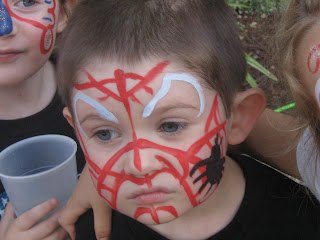 With our friends, Gracie & Libby 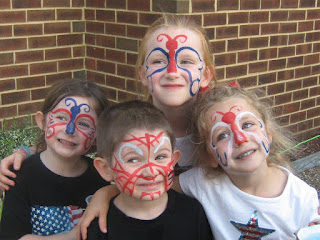 'Lil Lleyton's first 4th. He was a total angel the whole time! 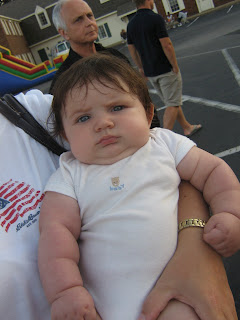 My cuties. They loved their "America" shirts this year. They were singing "Ah-mer-i-ca" to the beginning tune of "Oh Canada". LOL! I told them to keep it down so other people wouldn't hear and probably think that was a huge disgrace. I tried to teach them the American anthem, but they don't get it "because it doesn't say America in it" :-) 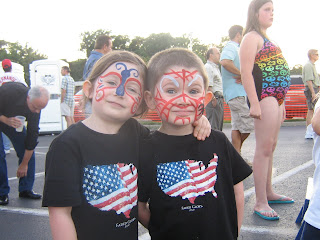 Brian playing cornhole. Yes. Cornhole. If you are like us, having never heard of the game until we moved here, we hear the name and giggle. HAH! But cornhole is an actual game from the midwest apparently, and it has tournaments and everything. Brian made his own cornhole boards this year, and has had fun playing (and beating) everyone for a few months now. It's a 4 player game, so Brian and his friend Sam challenged others at the party, and they never lost once! They played all night long against everyone! They were joking that they should have charged $5 per game to play and they could win the pot if they won...They would have made some money!! Essentially, it's a bean bag tossing game, with points scored when it lands squarely on the board, or in the hole. Each partner tosses their beanbags back and forth from board to board to get points. 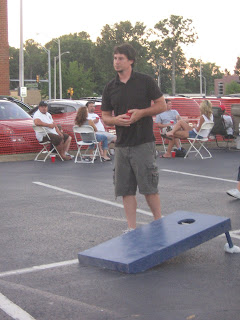 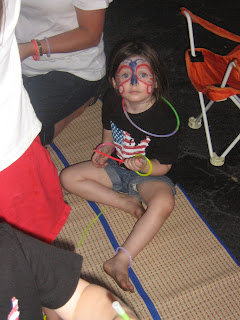 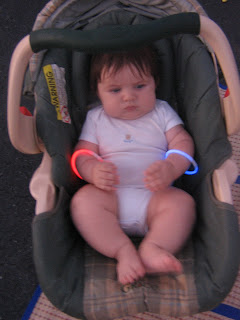 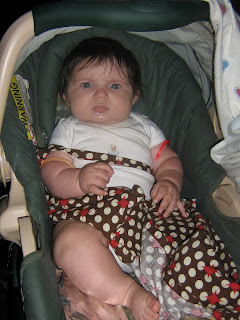 Here we all are, watching the show! Brooks was very brave this year. He wasn't afraid and only covered his ears during the finale. 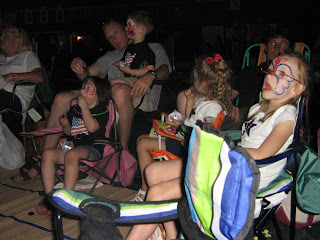 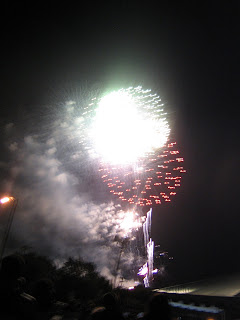