So finally!! After living in utter destruction for a week or so, after coming home from Canada in July, to living in semi-craziness until the flooring was down in August, we've been living in semi-comfort - somewhat normally since then. 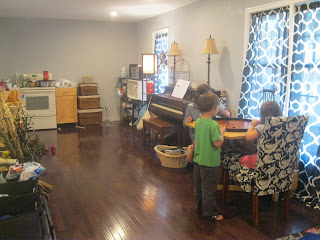 Except for the countertops. We decided to go with a natural stone (granite), and with Brian's work connections we were able to pick "end of" material. Extra/leftovers from other jobs, and the price (although still a lot), is incredibly cheaper than normal pricing. But we just had to scour through their lot and find something we liked, that was a big enough piece to be cut for what we needed. 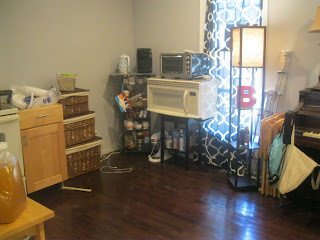 Having no water/sink in the kitchen is...not very fun. Although not impossible - still - not fun. I starting buying baby wipes for little spills, and we ate everything off paper plates and throw away cutlery - so I only had to wash the main dishes/pots/etc. 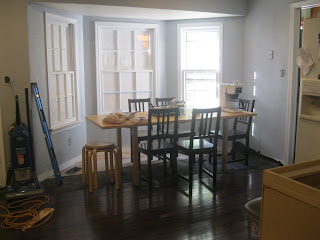 Not sure how many people can say they had to unclog their shower drain catcher from cilantro, but I can:-) And really, cilantro is way less gross than hair, so there's that. 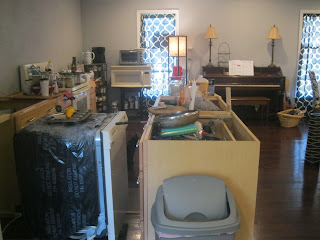 These are a few of the before pics. I snapped these and the above video on Wednesday morning, right before the 1pm install of the new counter, and sink! 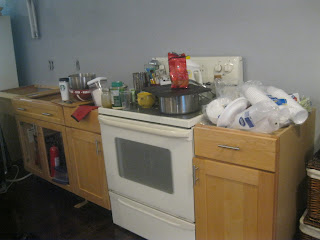 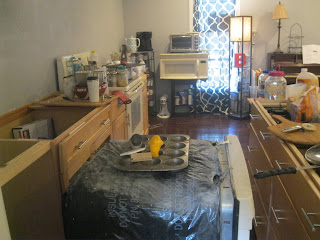 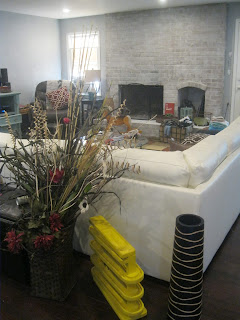 So this was Wednesday!! I'll post pics of the gorgeous new counters as soon as I get some nice pics!
Posted by Darla at 10:50 AM