Introducing the newest member of our family - Huckleberry Finn (Huck). 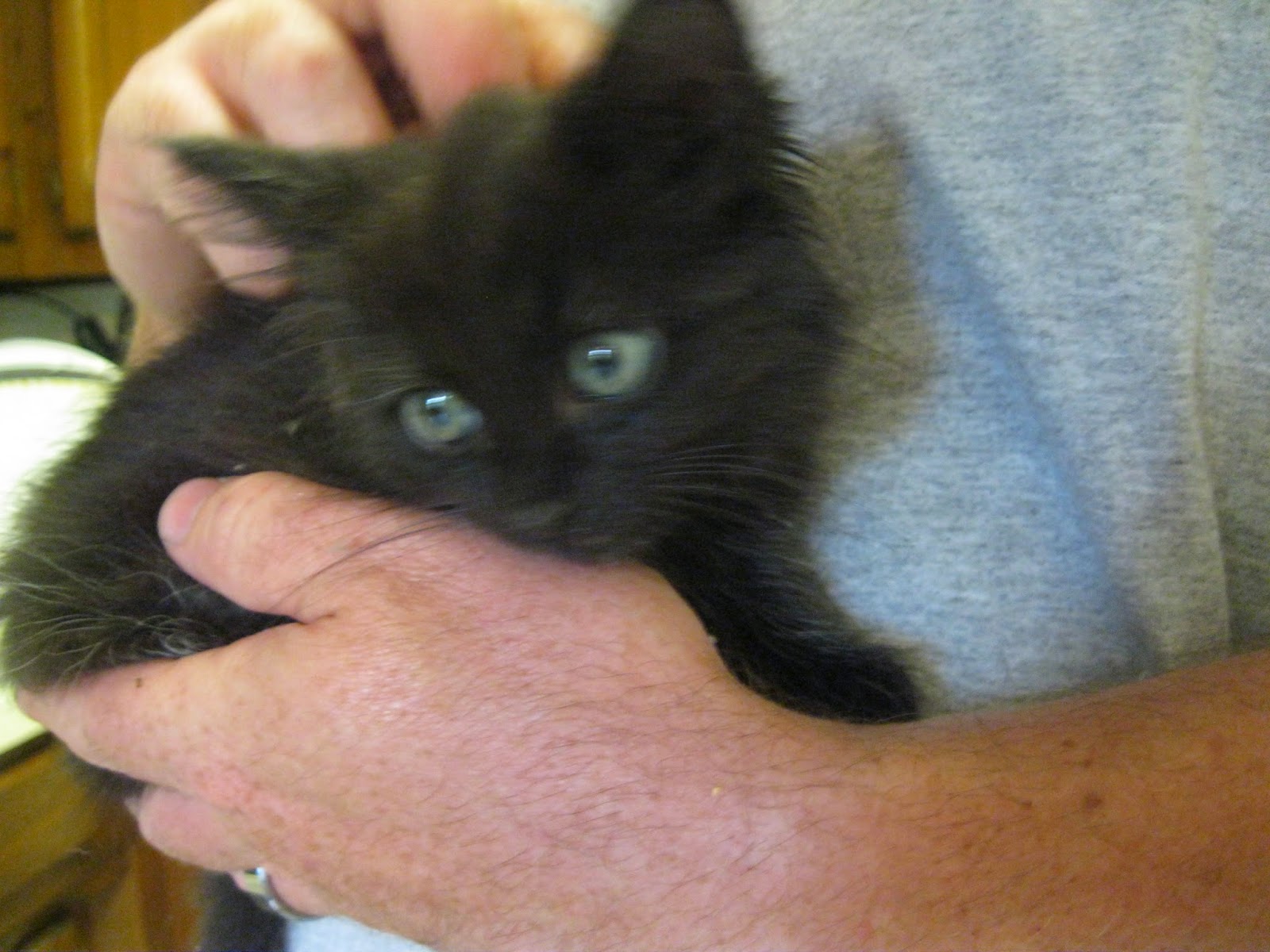 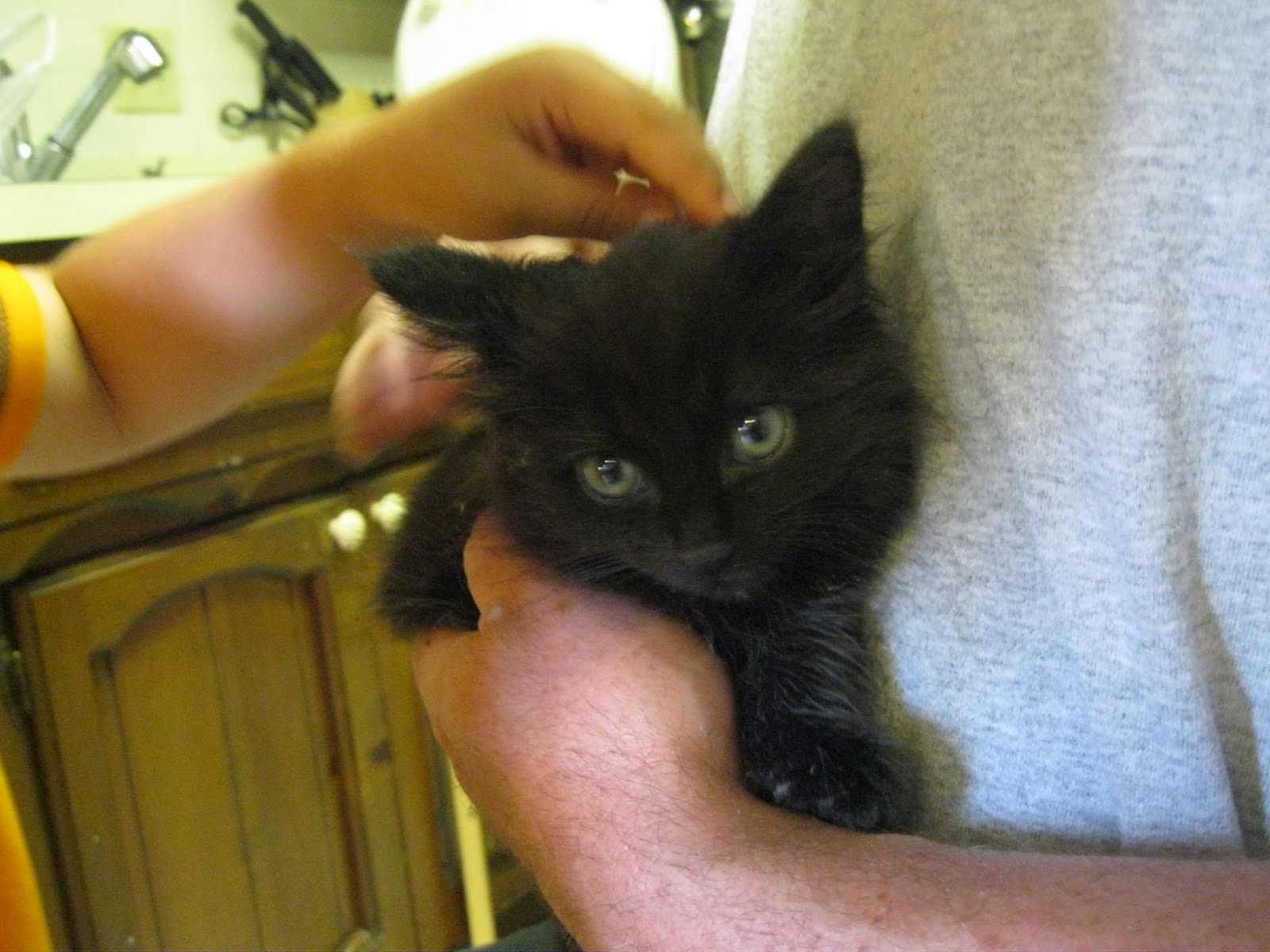 He has dark hair, and very blue eyes, just like us!
If you watch the little video of his coming home and the kids surprise (uh, my surprise too, I only found out minutes before they did when Brian came home and called me to the garage:-), you'll hear a little bit of his story. His litter was found abandoned in the industrial park where Brian's office is. A few coworkers took it upon themselves to catch and rescue the kittens and find them homes. He's been to the vet, and all is well with worms, mites and fleas, etc. He will be neutered when the time comes.

There is a chance we'll get Huck's brother - Sawyer, too. If they can catch him. We decided to name him Huck, and his brother Tom Sawyer (if he's caught). We thought Sawyer and Huck were fun names for adventuring little boys. And Huck is definitely better than Brian's original suggestion of Moe Funkus. Haha. Mal Fungus? Kenna says:-) It seems to be the job of all good Dads to suggest the weirdest names possible! Brooks thought George would be a good name.

The kids adore him! Grey: "He's pure black, but if you see da eyes, den he's not DAT pure black"

He is still in the process of being tamed. He loves exploring the house, but we have blocked off most of it - it's just too big, and he's so little, he'll get lost!

So far, only adults are allowed to hold him, the kids can pet him one at a time. This is all but killing them. He is very playful with toys, and chasing his tail etc. They just want to scoop him up! But he's still easily overwhelmed and nervous, and they are anything but calm and quiet. He has been very gentle with us though, so I think he'll be a good cat...once we get him litter box trained and all.
He is extremely tiny, and extremely adorable. Oh my!
So for now, the kids pet woes are over. They have real a pet all of their own:-)