Sonny tells his mom that he never learns anything or does school..."just plays all day". Haha!! Ain't it nice to be a little kid?! I wish...

Some proof that they are gaining mastery of a few preschool skills! They are currently working through a Leap Frog book, which covers pretty much all the topics. They did a similar one in the fall, and I have new ones I bought in Canada last summer, which they will do when these are done. The new books will be a little more "grown up" and they separate math and reading readiness. Hopefully we'll start the new ones in April, if they can get through these. 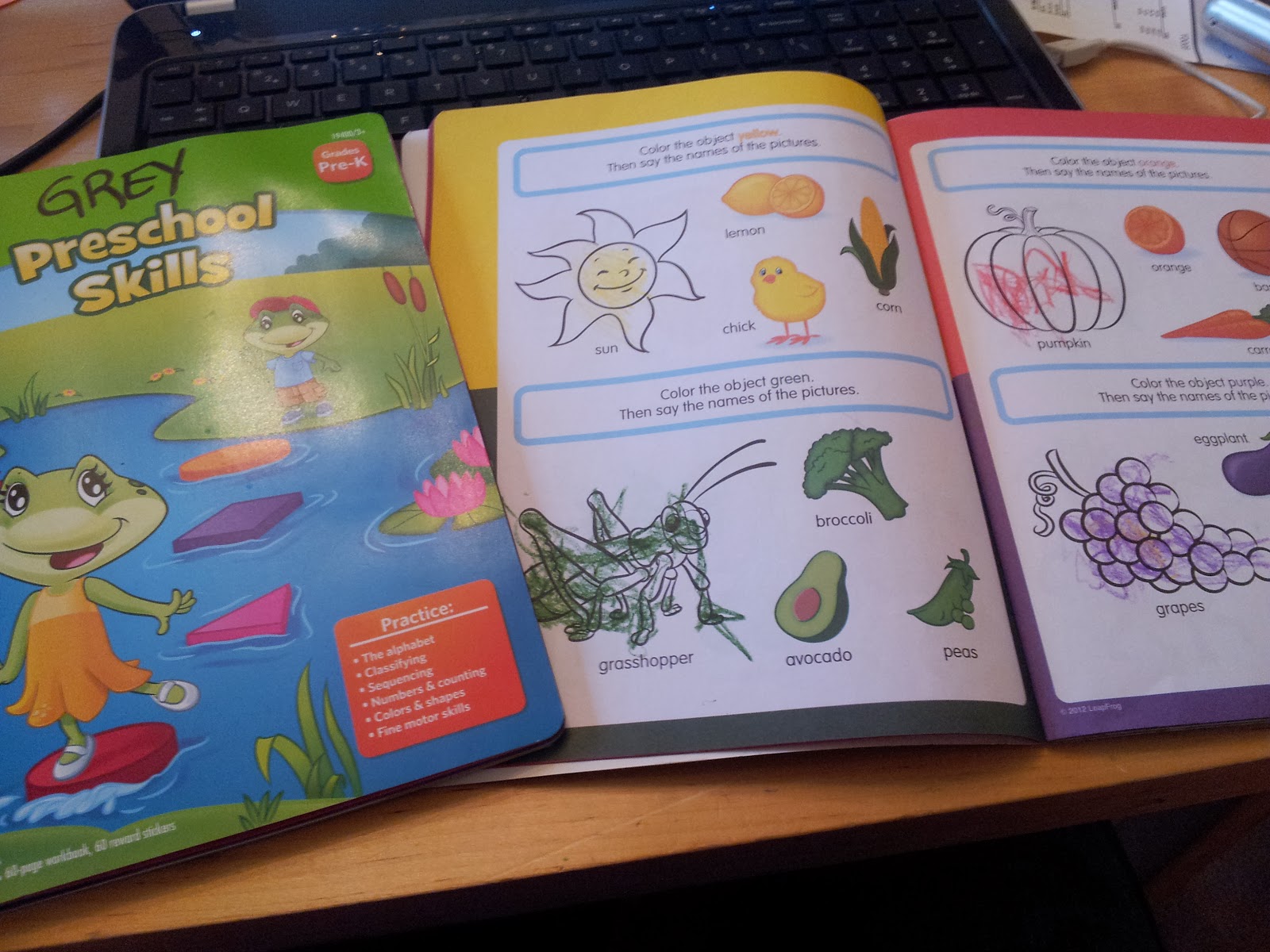 I would like to teach them to read next year, and do real kindergarten although it would be a year early for both of them. But they can totally do it, so why not get the jump on it all! I've been focusing a lot on the basics this year, like holding a pencil properly, tracing, letter and number recognition, and they really are doing so well, I think. Other than beginning to read, they are actually already on a K level in certain things. Their math sequencing and grouping abilities are off the charts!

They both have their areas of expertise. Grey LOVES to write things, but all by himself. He's not really into tracing anymore. And he's a lefty, so I'm finding his fine motor skills pretty good. 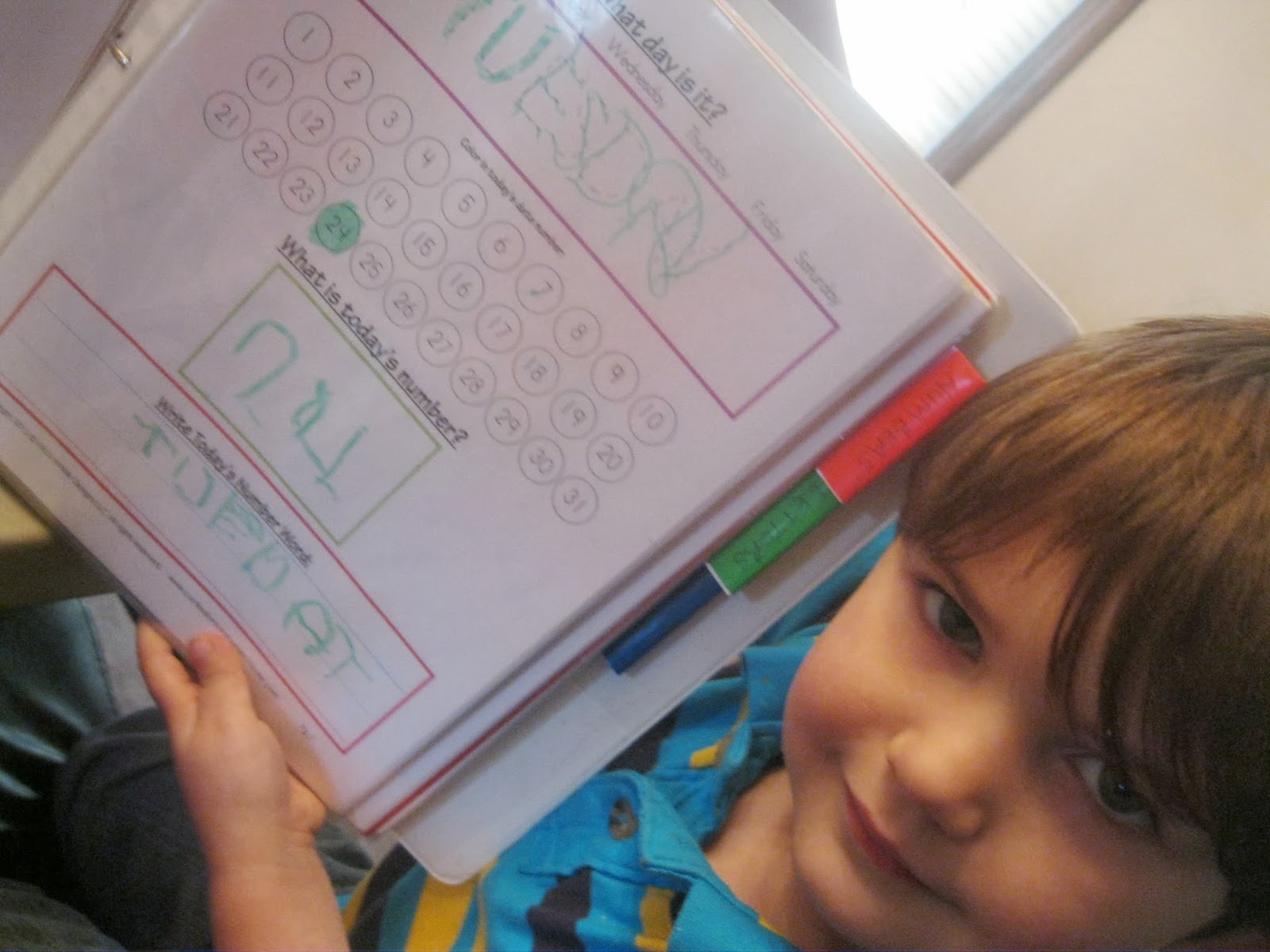 Sonny is not much of a writer, when it's all by himself. But he's a good tracer, and doesn't want to see to give up the tracing at all. When encouraged along, he can write things by copying them (like his Tuesday at the bottom), but he prefers to avoid that kind of hard work whenever possible;-) Sonny LOVES to follow instructions, and do things properly. Grey could take a few pointers there. He always has his own "better" ideas than the ones I am providing. 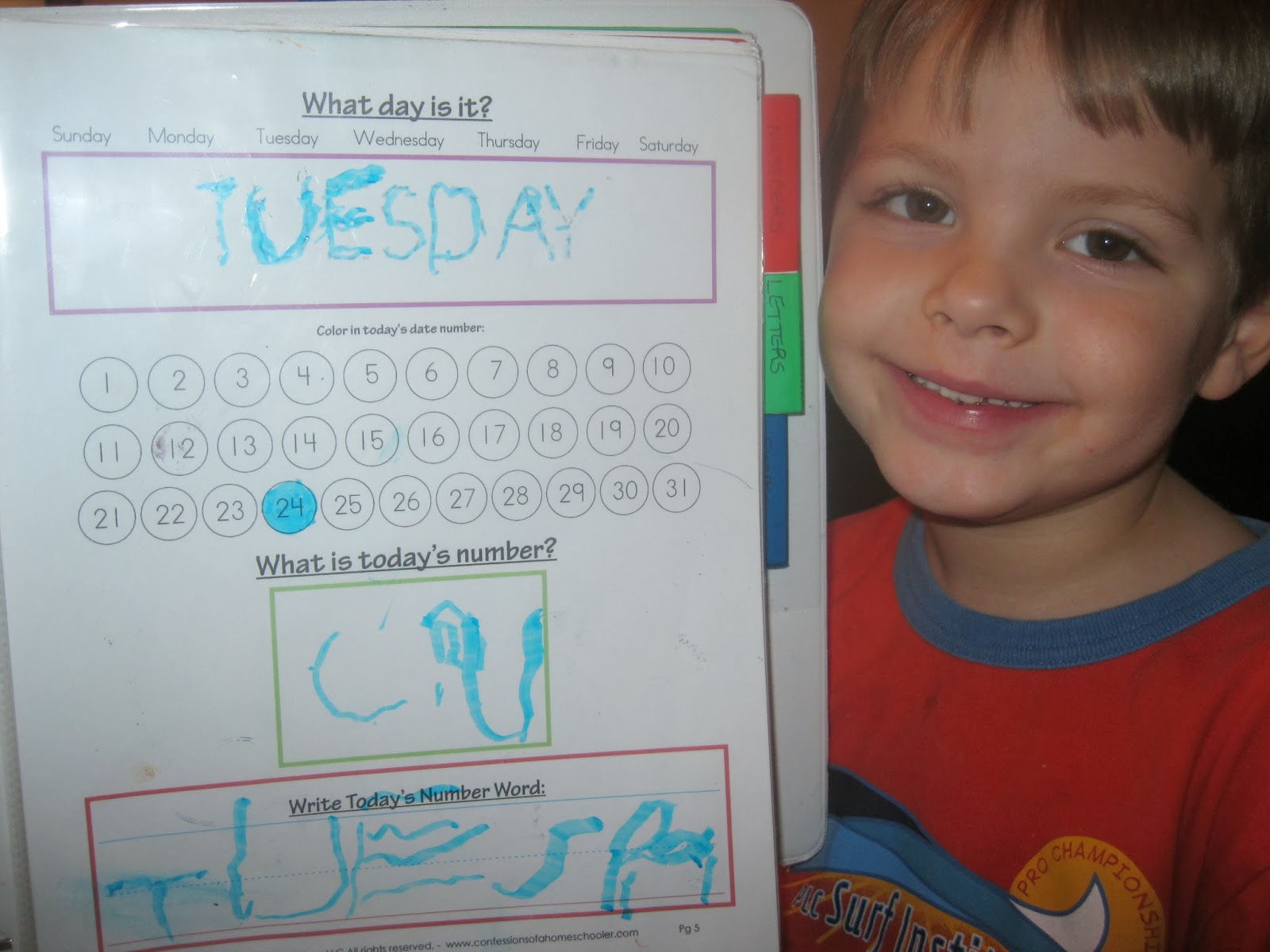