Josh Rieke pranking Brian...there was a lot of pranking Brian this weekend, since he is the new youth pastor they had to initiate him I guess. Brian was to hit Josh on the head with a spoon in his mouth as hard as he could...not very hard. Then Josh did it to Brian, only someone was behind Bri and whacked him really hard! It was hilarious. 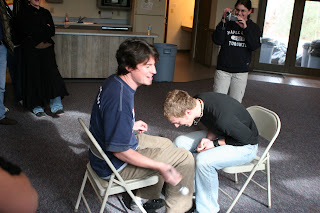 A game of basketball during free time 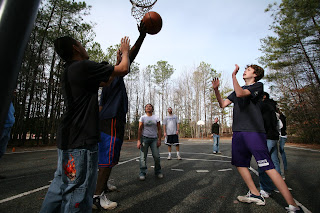 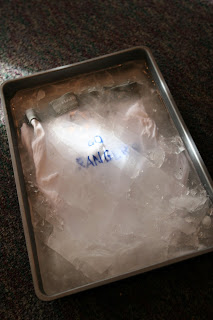 Another prank. Get the underwear out of the ice and put them on in record time. 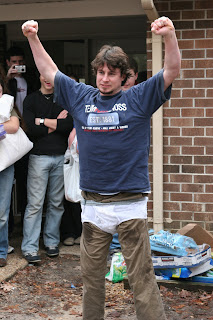 The leaders doing some weird quad sit-up or something 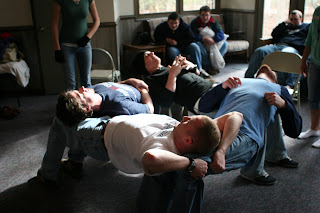 Donna crawled underneath them and knocked them all down! 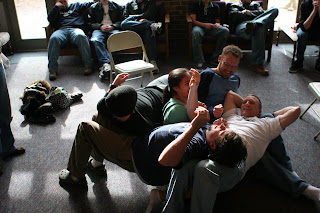 Drew and his pants. Don't ask. 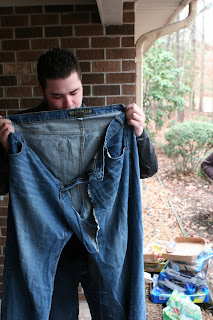 The bus ride to Williamsburg! 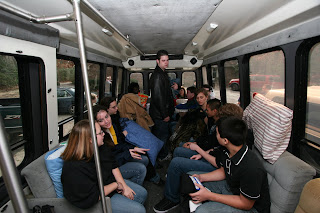 Hanging out right before leaving. We had such a great time! 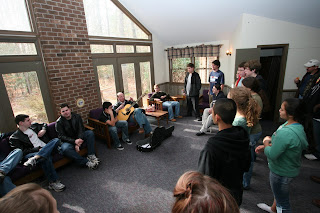